ALBUQUERQUE, N.M. – One family is finally getting justice after their father was killed in a car crash back in March.

The Bernalillo County Sheriff’s Office said Richard Rivera died after his car was rear-ended on Paseo back on March 12. At the time, investigators couldn’t tell who the driver of the other car was.

But this weekend, Donna Helgesen was arrested and charged with homicide with a motor vehicle.

The arrest warrant said Helgesen was allegedly going over 100 mph in a 55 mph zone at the time of the crash.

The sheriff’s office said Helgesen and her passenger were taken to the hospital, and Rivera was pronounced dead at the scene.

Her first appearance in court was on Saturday, Sept. 5, and now she is being held until her detention hearing, which will happen in the next ten days.

A GoFundMe has been set up for the Rivera family. 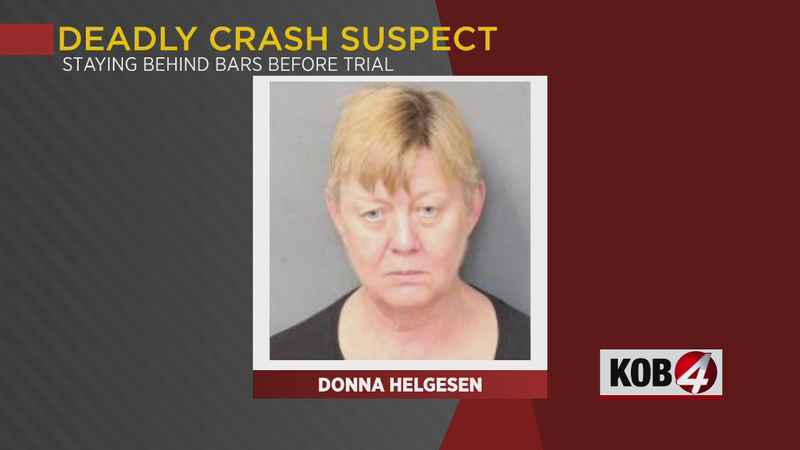