ALBUQUERQUE, N.M.- Bobby Unser was laid to rest in Albuquerque.

Unser, who won the Indianapolis 500 three times, died May 2.

His life was celebrated Tuesday inside Calvary Church.

By all accounts, Unser lived his life under his own set of rules.

"I was honored to work and play with a man, by his own admission, the smartest man alive and the fastest man on earth," legendary Indianapolis 500 announcer Paul Page said during the service. "He used that fastest man on earth as a pick up line at the White Front, or Holiday Inn Northwest. I never understood why ‘Fastest Man Alive’ really worked for him, but it did." 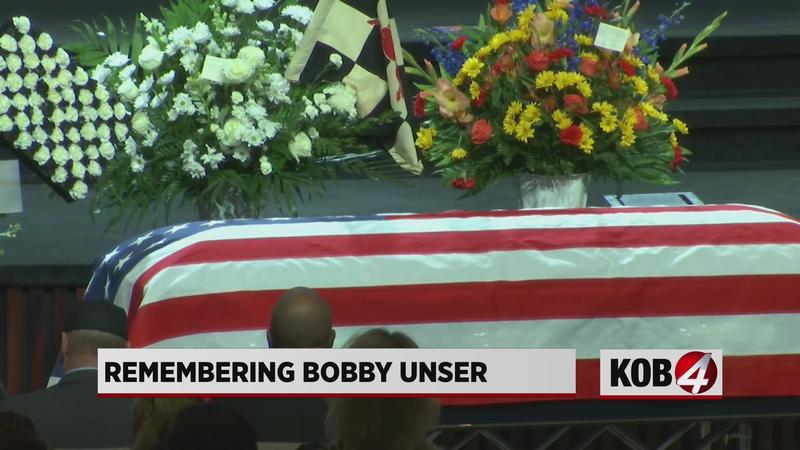 Unser’s family and friends took Bobby on his last drive– to Memorial Park where he was buried.