SHIPROCK, N.M.-Sera Phine Warren started walking from Arizona to New Mexico in an effort to bring awareness and get answers for her missing aunt, 62-year-old Ella Mae Begay.

"I’m ashamed of myself for complaining over petty stuff like my foot hurts, my legs hurt, but my aunt is missing," said Warren.

Ella Mae Begay was reported missing on June 15 in Sweetwater, Arizona. Searches by foot, helicopter, K9 and drone have been conducted, but there’s been no luck so far.

Her family says they are frustrated and feel like they’ve been left in the dark by law enforcement. 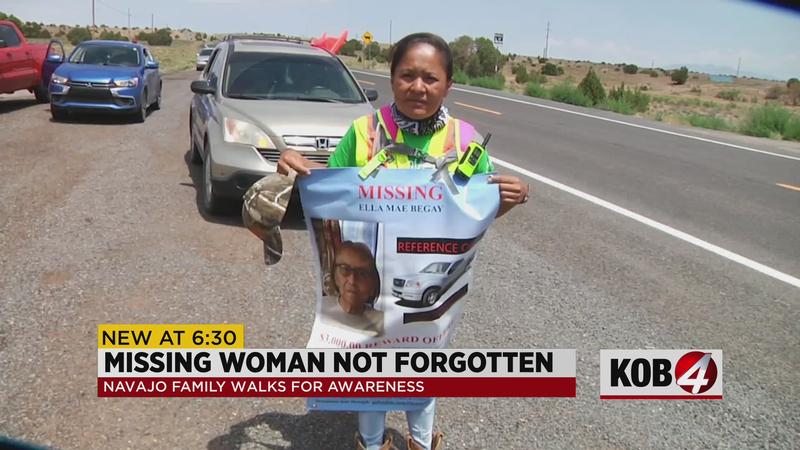 As of June 20, the case has officially moved to a homicide investigation.

Warren said right now they are headed to Shiprock to talk with police.

"I want to ask the police department where my aunt is. Somebody has to know something and if they don’t know, then I’m gonna walk towards Window Rock," said Warren.