Family of man killed at Ojos Locos: ‘This was an innocent life that was taken for no reason’

Lawrence Anzures, 30, was shot and killed Thursday night when someone opened fire at the sports bar.

"If you guys can just continue to pray for my family, we need all the prayers that we can get right now, and the help that we can get to find out who did this," said Valarie Anzures, Lawrence’s cousin.

Valarie said her cousin worked at a used car business and was having drinks with his boss when the shooting happened.

"He was a good person," Valarie said. "He did boxing, he did a lot of different things, and Lawrence, like I said, anybody who knew him, he shined. He was well known everywhere he went. He had friends everywhere." 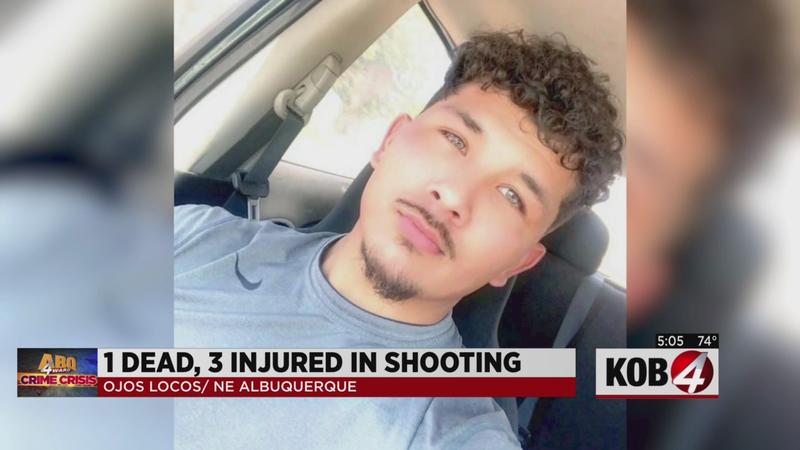 Albuquerque police said the shooting happened around 9:45 p.m. Thursday, when someone opened fire during a fight near the front door.

Police said three other people who were shot – including one of the restaurant employees – will survive.

"If anyone knows the person that committed this senseless act of violence, we also encourage you to reach out to us," Hartsock said. "Any small piece of information can help and be the difference in turning this into an arrestable and prosecutable case, so that the family and friends of Lawrence can get the justice they deserve."

Meanwhile, Lawrence’s family and friends are left with so many questions and unimaginable grief, after yet another senseless tragedy caused by gun violence.

"To the person who did this, there will be justice," Valarie said. "Either way there’s going to be justice, and for the people who know what happened, please come forward. This was an innocent life that was taken for no reason. No reason at all. Whatever happened, nobody deserves to die that way and it wasn’t his time. It wasn’t his time."

Anyone with information about the shooting is asked to call 242-COPS.