ALBUQUERQUE, N.M. — Friends and family of 50-year-old Ira Roark said he hasn’t been seen or heard from in over two weeks.

“He hasn’t called anybody, he has not Facebooked, he has not reached out to anybody, and that is not my son," said Bert Roark, Iras’s mother.

Roark lives in Bloomfield and works as a traveling nurses aide. His family said he went to dinner with a friend on March 18 while visiting Albuquerque.

“And so he met a guy by the name of Mark and they went to an early dinner, and apparently the guy’s truck got stolen while they were at the restaurant. The guy gets a ride home from whoever gives him a ride from being reported that his truck was stolen. Ira gets a ride we’re thinking from Uber back to his hotel," said Frances Weatherford, a family member.

Roark’s personal phone and his wallet were in the stolen car, so he went to the police department but was unable to get his possessions back. Roark’s family said he still had his work phone on him. 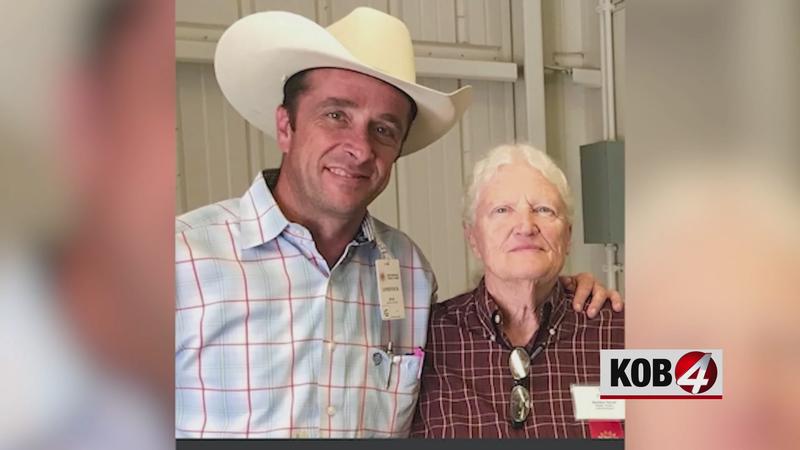 That was the last time Roark’s family heard from him. He was reported missing on March 25. That night his personal phone pinged in southwest Albuquerque. A call to 911 was made from his phone.

Roark had plans to take a bus to El Paso and then to Deming, New Mexico to visit family. While his luggage made it, Roark did not.

“The police in Bloomfield checked El Paso; they couldn’t find him there in any of the jails or the hospitals. They checked over here with all the jails and hospitals and nothing there. We checked the morgue, no sign of him—we have looked everywhere. I’m ready to go to the sheriff’s department again to see on that 911 call if they got a recording," said Bert Roark.

Roark was supposed to go to Maine for work by now. Bloomfield police and his family are now asking the public for any information that can lead to his whereabouts.

“This is not my son at all. I’m scared to death as to what happened to him, but I need to find him one way or the other. I need to know what happened,” his mother said.

Anyone with information regarding Ira Roark’s whereabouts is asked to contact non-emergency dispatch at (505) 334-6622 and reference case #21-3150.