ALBUQUERQUE, N.M. – Dozens of people gathered in Tiguex Park and marched into Old Town Albuquerque, calling on authorities to invest more resources into solving the growing number of cases of missing and murdered Indigenous women.

One Navajo Nation leader recounted her own experience of going missing for 9 days and how local police didn’t seem to care.

"Nobody came looking for me. My mom sat down with the local tribal police to tell them I was gone. She was told don’t worry, she’ll be back. Don’t worry, she sounds like a troubled youth,” said Eugenia Charles Newton, Navajo Nation council member.

Pepita Redhair’s family helped organize Sunday’s event after their daughter went missing back in March. Police said they recently received new leads on her case but she is still missing today.

In April — the Department of the Interior reported 1,500 Indigenous people as missing. 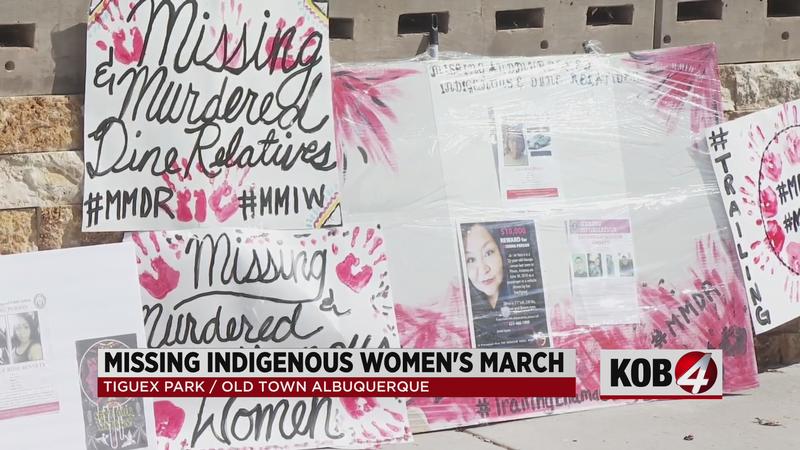