ALBUQUERQUE, N.M. — The family of Erika Chavez will finally see justice for Chavez, who was killed in a car crash that helped launch a campaign carrying on her memory with a strong message.

Jose Ortiz-Munoz, 23, will be in court for an arraignment Monday. Ortiz-Munoz is accused of striking and killing Chavez after he ran a red light, according to APD.

Ortiz-Munoz has been out free for the last year.

"Just to think that he’s been out at home still enjoying his time with his family with his friends continuing life as normal but he completely brought ours to a halt," Erika’s aunt, Rosa Rivera, said.

"We’ve gone through almost a year of events and our life is completely different," Rivera expressed.

Chavez’s tragic death caused heartache but it also sparked the City of Albuquerque to create the “Speeding Has A Name” campaign, which warns residents about the dangers of speeding.

"In the movies like Fast and Furious none of that is real," APD Sergeant Larry Middleton stated, "and people do die and we lose loved ones every day."

APD officers go to schools and talk to kids about how dangerous speeding is. According to the officers, speeding became even worse during the height of the pandemic.

“We need to ensure there is accountability for these individuals," APD Chief Harold Medina said, "and that we devote resources to these problems."

“I’m so thankful that she’s getting the voice that she deserves and getting the recognition that this needs to stop,” Erika’s son, Eric, said.

For Chavez’s family, they’re looking forward to being at the arraignment to have a chance at justice after one long year.

"We understand that you know, no matter what happens during this court hearing it’s not going to bring Erika back," Rivera said, "but at least we know that this person that caused so much heartache and harm is off the streets."

"He may serve a couple of years," Rivera said, "but they don’t understand that he’s given us a life sentence without her." 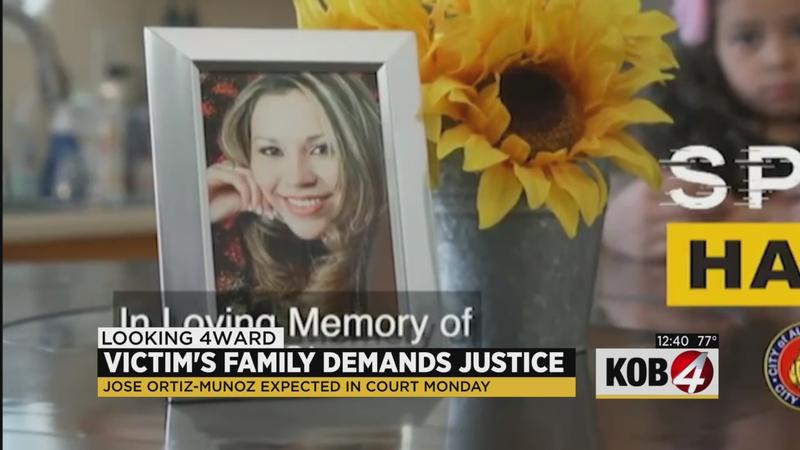