ALBUQUERQUE, N.M. — David Barela always thought the safest place for his life savings was under his own roof—until last week. He said he wanted to get ahead on some bills, so he reached for his two safes that he kept hidden away in a closet in his home.

The safes held $20,000, and two handguns that were passed down from Barela’s father.

"You never think anything like this could happen to you in a million years,” he said.

And the person he suspects took it all was supposed to be in the home repairing the damages from another incident the family survived in May. Their neighbor, Elizabeth Moreno, rammed her car into the Barela home twice, almost hitting three family members. A neighborhood camera caught it all. She caused damage in the living room and kitchen.

So the family has had construction workers in and out for months repairing everything. Barela said those workers were the only ones outside the family with access to the safes.

He said his homeowners insurance policy will only cover $250.

"It just added insult to injury,” said Barela. “I mean, we’re going through this and then for that to happen just set us back that much further right now."

The family is living in an Airbnb right now, so the house goes unsupervised for hours at a time.

According to court documents, a judge denied pre-trail detention for Elizabeth Moreno in July, and Barela said she is still living across the street. 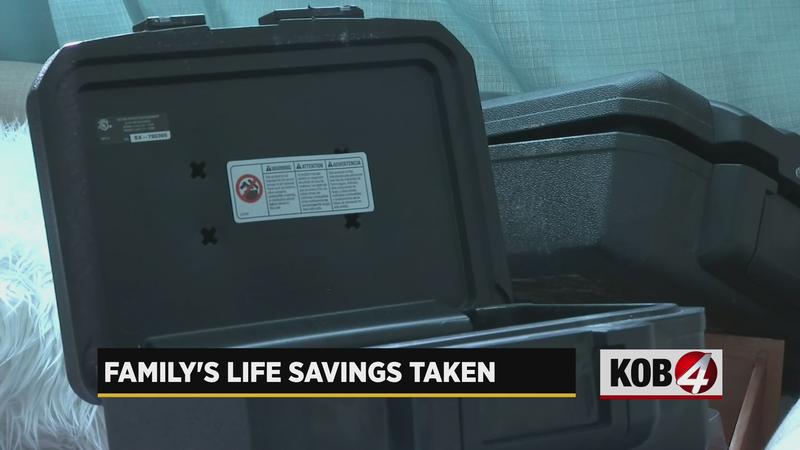