Alfonso Romero was hoping to watch his daughter Jamie graduate on Saturday.

However, the school is not allowing guest to attend the event. Under the current health guidelines, the university could allow up to 29,000 people inside the stadium.

"And you would think that with everything else going on that they would allow at least families – moms, dads, parents to be able to be involved in that," Romero said.

The school said they’ve been planning to hold an in-person ceremony with just students since March. 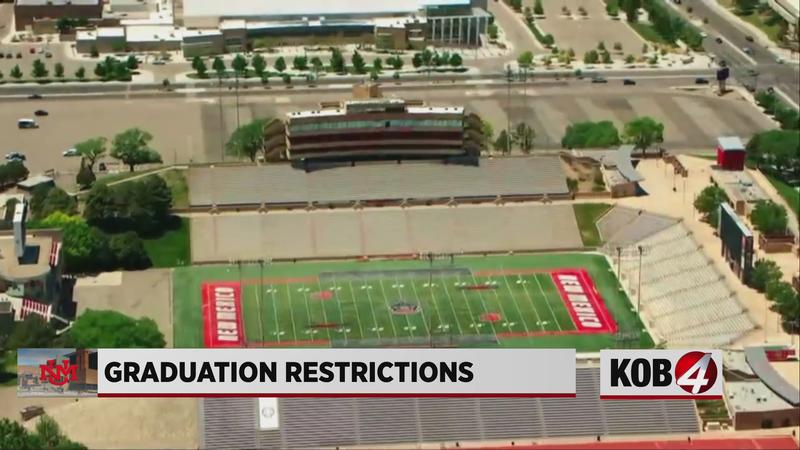 However, Romero believes the school should have been more flexible when the COVID-19 situation began improving.

"You know, I was surprised when I saw the Isotopes allowing fans and then when I saw that The Pit was being used for the state high school tournament, I thought for sure they’ll allow us to go," he said.

UNM claims it can’t allow guests at the stadium because there are issues with vendors and concerns about social distancing.

According to UNM, 3,500 students are eligible to sign up for the weekend ceremony. However, only 1,200 have said they will show up.

The deadline to reserve a spot is Wednesday.

The event will be streamed online.