ALBUQUERQUE, N.M.- The Fourth of July did not end with celebrations for the Hawker-Roybal family.

Their mailbox, in Taylor Ranch, was blown to pieces by someone using an illegal firework.

"I just laid down to bed and I heard this loud boom," Melissa said.

Pieces of the mailbox were found 50 feet away from where it once stood.

"It makes me really nervous and very scared," she said. 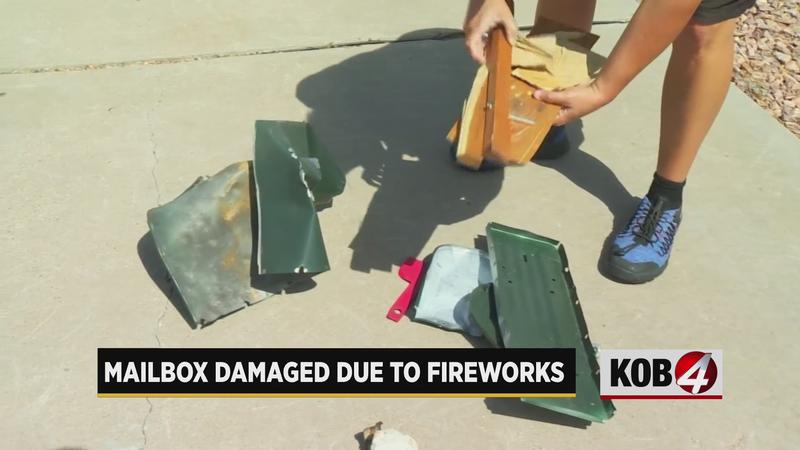 Melissa called the Albuquerque Bomb Squad. They confirmed an illegal mortar shell was the culprit.

"Whoever did it, I forgive you but knock it off," Melissa said. "We got two young kids who live here."

Albuquerque police said fireworks in mailboxes is not rare around the Fourth of July.

When officer do catch those responsible, they say it’s mostly teens who were messing around.