The defense came up big and outscored the offense 21-0.

Rio Rancho grad Isaiah Chavez was out with an elbow injury, so Trae Hall took more of the snaps under center.

Head coach Danny Gonzales said he wasn’t thrilled with the offense’s performance, but overall he said the spring game was a huge success.

"I thought we made a lot of progress towards getting better fundamentally. Now we dropped way too many balls at wide receiver today that could’ve been big place I thought the first secondary looked a lot better than we had played last season," Gonzales said. "That means we probably got a little better upfront. I thought Trae Hall threw the ball very well today. He put the ball right on some receivers’ hands, and they weren’t completing the play." 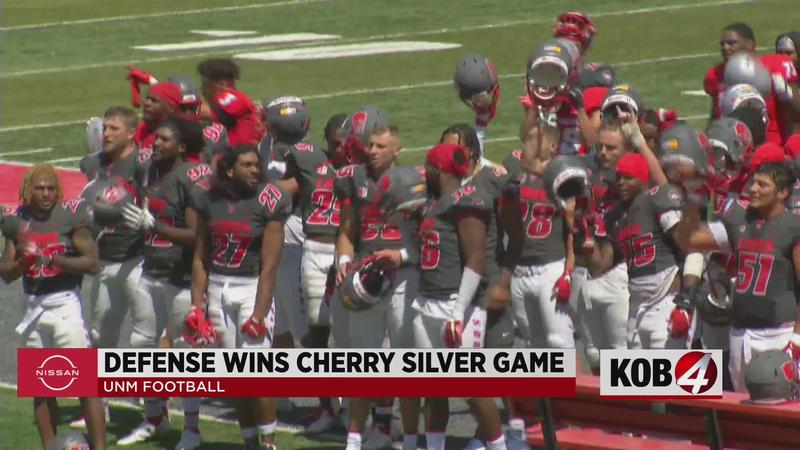 The Lobos will open the season Sept. 2 at University Stadium against Houston Baptist.