ALBUQUERQUE, N.M. – A rancher near Bosque Farms is looking for answers after he found one of his cows shot dead.

Otero Farms does a lot: from roasting green chile and growing hemp, to raising cattle on their ranch. Owner Manuel Otero says he wears many hats on his family farm, but one hat he wasn’t expecting to wear was investigator.

“I was out checking on my herd and there was a cow down for no reason. I have a healthy herd. I walked up to it and you could just tell this one was dropped straight down on its legs, like if you shoot an elk and you could see under its chest a puddle of blood,” Manuel said.

It was a heartbreaking scene not only for Otero but also for his herd.

“Her little calf was out there bawling for his mama and she wasn’t going to get up anymore,” Manuel’s dad, Leon Otero, said. 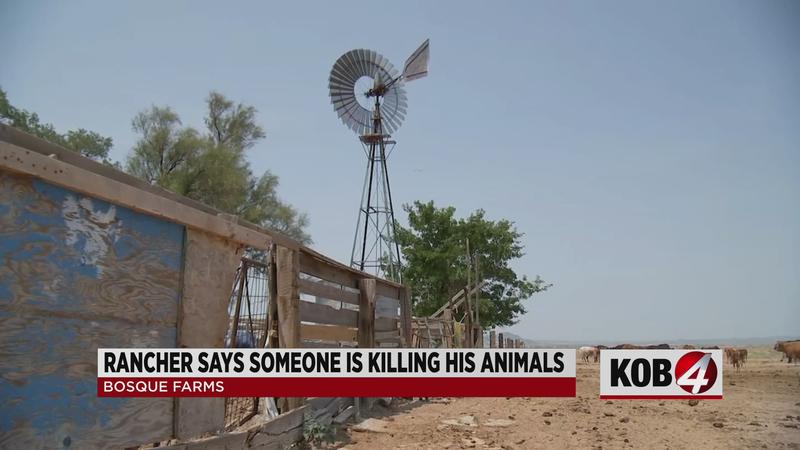 Manuel says he called the sheriff’s office and they directed him to contact the livestock board.

“The livestock board did say a couple other farmers and ranchers in the area have had that same issue. A ranch a couple ranches over had a cow shot a while back and they took the meat,” Manuel said.

For ranchers, it’s not just about the lost meat. Deaths like this are extremely hard emotionally and financially.

“I just think it’s somebody that doesn’t have any common sense on livestock,” Manuel said, “They don’t realize that is somebody’s livelihood. It’s not just some cow, it’s my livelihood, it’s how I pay my bills and make a living.”

As for the calf left behind: "He’s big enough he will probably survive okay, but he still missed his mama," Leon said.

KOB 4 reached out to both the livestock board and the sheriff’s office Wednesday – they said they are looking into the issue but cases like these are hard to solve.