ALBUQUERQUE, N.M.- Seth Wagner’s family has farms across New Mexico, and they are worried that there is not enough water for their crops this year.

"That’s a big challenge for us," Wagner said. "We think that if we don’t get that rain, then our crops are going to dry up."

In Corrales, Wagner is growing oats.

However, there’s worry that they may not be able to plant corn in July and pumpkins for the fall. 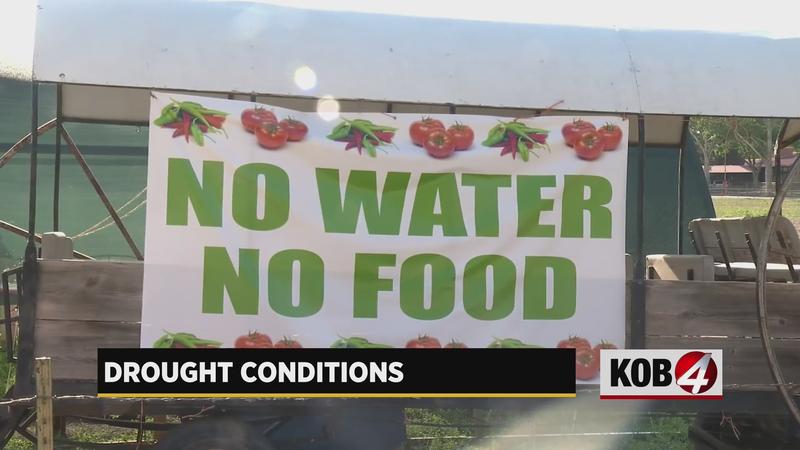 They’re worried they only have a few more weeks of getting water from the Rio Grande.

In Albuquerque, at Big Jim Farms on Rio Grande, chile plants in the field are at risk of drying up.

Without crops, there are no profits.

"We rely completely on agriculture, so having a failing year is not a bright future for that," Wagner said.

Wagner is adapting as much as he can. His farms are looking into transplanting chile. They may even offer educational classes for children if they can’t create a corn maze.

The Middle Rio Grande Conservancy District reports that the river is doing better than the forecast showed earlier in the year.

Irrigation is set to keep going to farmers into early July, but it would typically continue for about two more months.

However, there is the threat of the river eventually drying up for the first time in nearly 40 years.

"Some time in late July or early August, we might see significant drying in the Albuquerque reach, which none of our constituents has experienced since 1983," said Mike Hamman of the Middle Rio Grande Conservancy District. "That’s going to be a shock to a lot of folks."