FARMINGTON, N.M. – In the middle of the day, someone took off with a trailer from a Farmington church this week.

The Crossroads Community Church had two trailers. The bigger one was stolen and officials said it was also very essential

"It really is a big burden and it breaks my heart because not only does it affect us as a church, but it also affects our community. It also affects other communities around the United States. We used to use it at Frontline Mission when we used to go down there and do feeding to the homeless. There’s just all kinds of things that we use the trailer for that now we have to figure out what we’re gonna do next.”

The trailer was also used for mission trips and moving. It turns out the thief or thieves stole more than just the trailer.

"It just so happened that this time they were helping me move and so I had personal home items that were in the trailer that I really don’t anticipate ever getting back. And that’s fine my big concern is the trailer itself because of what it does for us,” said West.

Trailers are considered motor vehicles, and KOB 4 asked the Farmington Police Department if they’ve seen an increase in stolen vehicles lately. According to data, they are seeing lower rates compared to other years, but- this was still a blow for the church.

"Churches are really vulnerable because we’re open to help people and to assist people and to be there for people and you know I’ve always said if you come and ask us you’re welcome to use it, but some people rather just take it I guess they have other motives,” West said.

While cameras detected motion it did not capture the moment that the trailer was stolen. The church posted to social media, trying to get help from the community to find the stolen trailer. 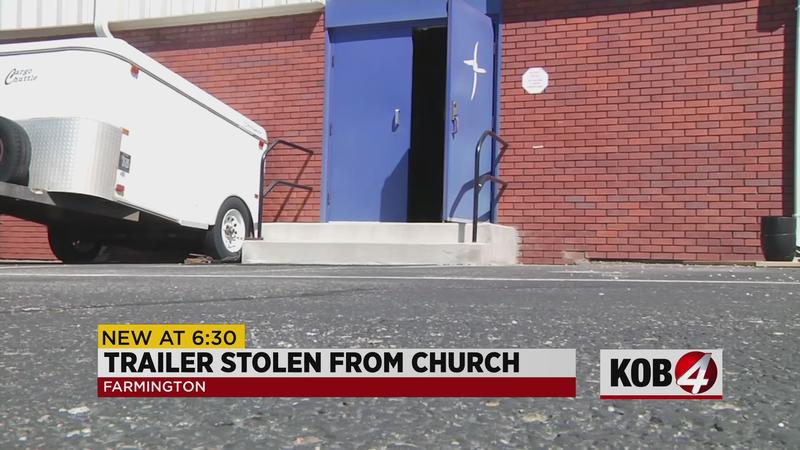