"This will be the first accessible, inclusive playground for us here at San Juan County, it’s a place making tool for people of all ages and all abilities to come and have a social environment to have possible playground elements and therapeutic elements for everyone,” said Shana Reeves, director of Parks Recreation and Cultural Affairs.

The Farmington City Council has approved funding for the conceptual design of the project. The city’s Park And Recreation And Cultural Affairs Department also recently applied for a grant.

"And they were successfully awarded the grant through the National Recreation and Park Association, it’s called a Park Resilience Access Grant and we got $300,000. And that’s incredible because that will take care of a lot of the design cost of the park,” said Reeves.

They also applied for another grant that will give them about $5 million that can push the project to phase 1 and phase 2 of construction.

"This will be the type of park that will make people want to move here, it’s a type of park that says my family member may have a disability, or I may have an elderly person living with me, I want to move to Farmington because it’s a great community and this is a great park it makes occupational therapists, our hospital, it creates jobs, its one of those catalytic projects that impact the community on all levels,” said Reeves.

The project will include several phases, but a glimpse of the construction will not be available until next year. 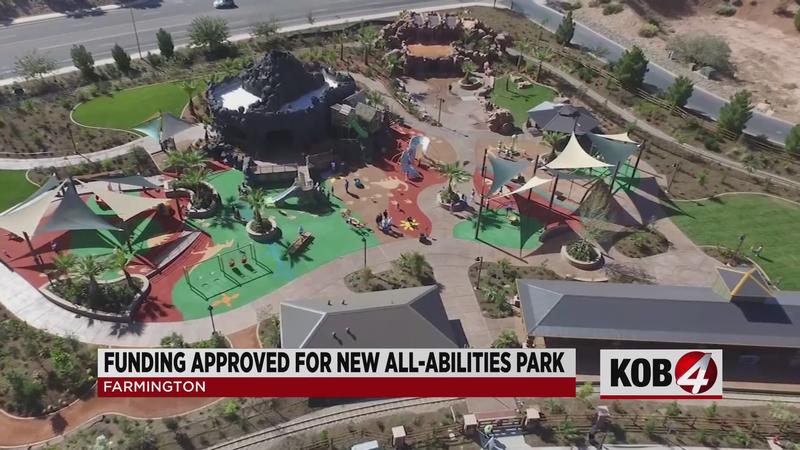