FARMINGTON, N.M. – In Farmington, some public restrooms are still closed because no staff members are able to clean them. City officials have planned to fill the gaps by hosting a hiring event at the Farmington Civic Center.

Departments across the City of Farmington are still facing some hiring challenges.

"We have a number of positions to fill," said Georgette Allen City of Farmington public information officer.

Some positions are more obvious-than others. Several city park restrooms are still closed because there aren’t enough people to maintain them.

And while the City of Farmington is always recruiting- on Feb. 7 and 8- they hope to make it easier for people to find a job.

"So we’re gonna have a number of representatives from different departments across the city. We’re gonna have parks and rec, the animal shelter, Piñon Hills golf course, fire, police. And so anybody who’s looking for a job can come out and ask questions, and I have certain positions that we’re gonna be interviewing for there," said Allen.

Last year, the city hosted a similar event, which proved to be effective in filling much needed positions. 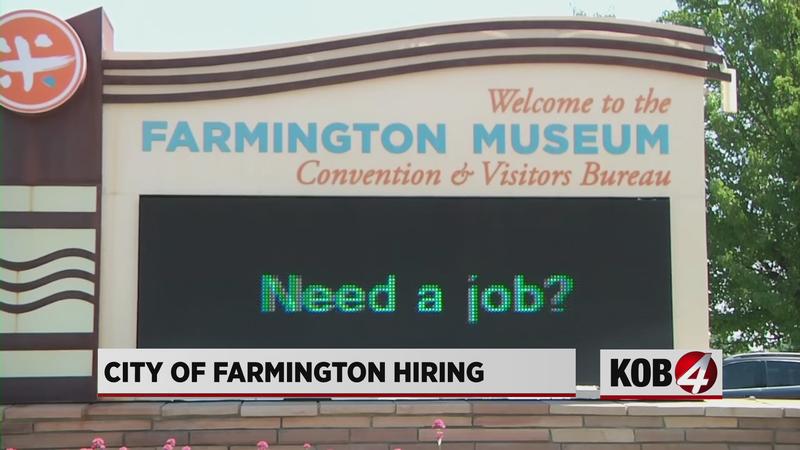