"We have one suspect who’s been shot," an officer said. "He’s detained, multiple gunshot wounds notify my chain of command, please, and we are going to set up a perimeter."

Farmington police said moments before the encounter, they were inundated with 911 calls about a man that was shooting a gun downtown.

They tracked him down at the district attorney’s office

Police say once the man pointed a gun at an officer, multiple officers returned fire. 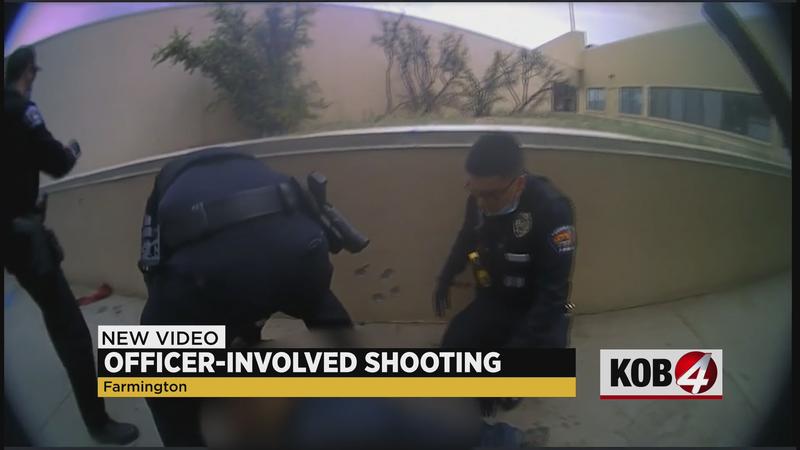 At least four officers were shown running towards the suspect and shooting.

Officers had to move two witnesses out of the way before kicking the gun away from 29-year-old Brian Benally.

A month later, police say he’s still at a hospital.

No one else was hurt.

Farmington chief of police said, based on the facts, the officers’ actions were necessary.