FARMINGTON, N.M. — Farmington police have alerted parents to a potentially dangerous trend your children could pick up online. The viral “Orbeez Challenge” has influenced young people to engage in reckless behavior.

This challenge has made its way from TikTok to the streets of Farmington and encourages youth to modify toy guns to look real.

"You can buy them like a nerf gun at Walmart or any other store and some kids have painted them to be black, to change it to look like a real gun,” said Lt. Richard Gibbons with Farmington police.

This is what police are dealing with in the age of social media.

"They’re filming themselves going out in the public and using these, their like miniature paintballs and shooting other kids with them or random citizens,” Gibbons said. 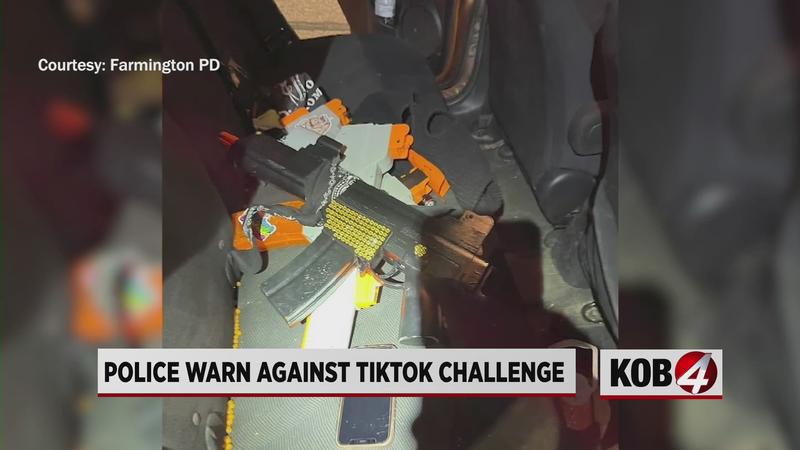 What seems like a harmless game can cause a terrifying confusion when an innocent bystander mistakes a fake gun for a real one.

"Some lady was sitting in her vehicle and somebody pulled up and shot the vehicle with the splatter ball gun… she did think it was a real gun and she was pretty terrified,” Gibbons said.

And ultimately these types of incidents can strain law enforcement’s already limited resources.

“What we really want to be doing is traffic enforcement, we have seen increase speeds, a lot more injuries, crashes in our city and when we are dealing with these types of Tik Tok trends it takes away from us doing that kind of proactive police work to keep everybody safe,” Gibbons added.

The Farmington Police Department issued a statement on social media addressing the potentially dangerous trend, and since then they haven’t received any more reports. However, Gibbons urges youth to stay away from the “Orbeez Challenge,” because ambushing innocent people with a splatter ball gun could result in criminal charges.