FARMINGTON, N.M. – Problems persist at the Farmington Animal Shelter – overcrowding and a lack of workers has made it a struggle to find forever homes for the animals.

"It seems like there’s not as many coming in, but their length of stay is a lot longer, so they are staying here a lot longer and the adoptions are a little bit slower. And then we traditionally always transfer animals to other areas that have higher adoption rates for that are in need of animals and that’s really slowed down shelters across the country are having the same problems as we are,” said Stacie Voss, animal welfare director at the Farmington Animal Shelter.

Making things even more difficult is understaffing. It’s a large enough problem that the shelter now has to shut down on Sundays.

"Really it’s not a good thing, it’s what we have to do at the moment, but really we are looking to open back up on Sundays as soon as we have the staff and are able to, because then people can come in and adopt and the animals are going out the door instead of just coming in the door,” said Voss.

For now, the shelter is asking for help in other ways, such as volunteers. If people don’t want to adopt, they can foster a pet, which would help with the overcrowding.

Voss said some animals have called the shelter home for months, especially dogs.

"We’ve been just everyday kind of going kennel by kennel, when one opens up there’s another dog that’s ready for it, so we’ve been struggling for a few weeks now with dog space specifically," she said. 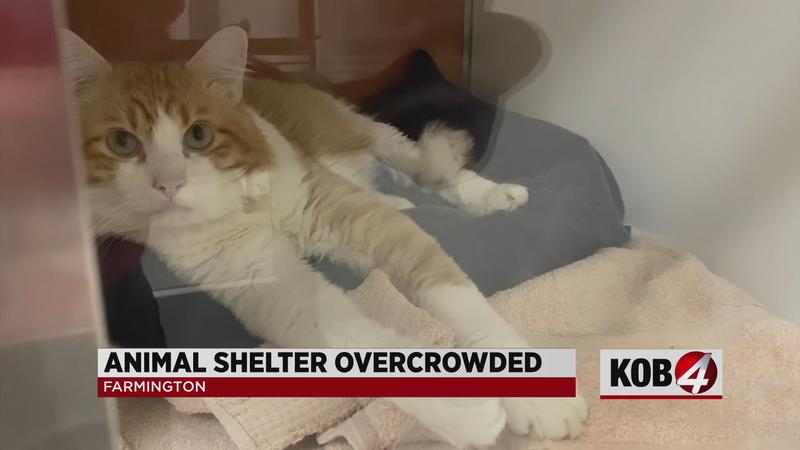