Fast food restaurants take security into their own hands

ALBUQUERQUE, N.M.—Some fast food restaurants are taking security measures into their own hands to avoid being the next target of a violent crime.

KOB 4 saw rumors circulating that Burger Kings in southeast Albuquerque were closing around dusk, so we asked the question in the drive-thru. An employee responded, with a sigh, "I was robbed at gun point. So I am a little nervous. The owner said it was OK for us to close at six. And not only this location, but another one, and another one."

And it turns out Burger King is not the only chain making changes. Carl’s Jr. across town has a sign on its drive-thru that says they’re no longer taking cash.

KOB 4 asked why, and an employee responded, "These people came and robbed our store, and then before that they robbed our other store. I guess they smashed into the wall, took the safe. I had an A-R 15 in my face, they had us all on the floor, it was terrible."

Mullen, who also lives in southeast Albuquerque, said, "I’ve lived all over the country, and I’ve never seen anything like this. This is crazy."

According to APD’s crime statistics, as of August, there were more than 2,100 burglaries in Albuquerque, and 748 reported robberies. 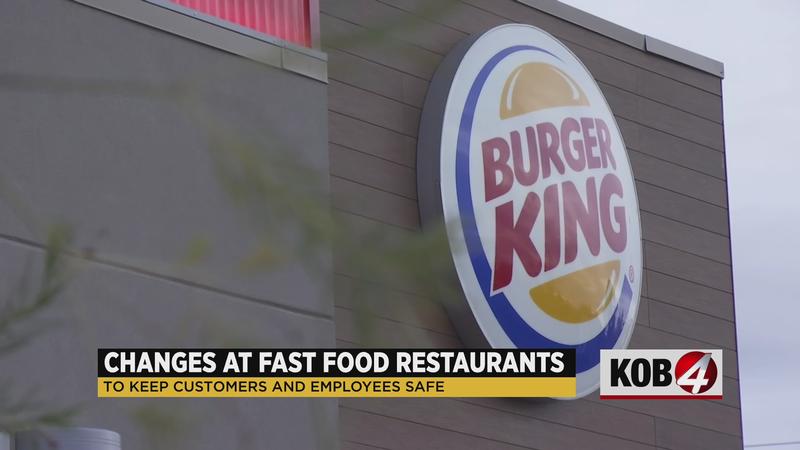