ALBUQUERQUE, N.M. — Fat T’s BBQ partnered with KOB 4 to help Pay it 4ward to the volunteers at the nonprofit Ten-82.

“Barbecue is great because nobody has a secret,” he said. “It’s like everybody’s willing to share what they do.”

When Torres came to the Land of Enchantment, he created a menu with some New Mexican flair.

“I have a cream corn that has green chile from New Mexico, and we do my rub for my pork and my ribs have New Mexico red chile,” he said.

Torres was doing well enough to turn his food truck into a brick-and-mortar restaurant in Old Town, which opened this month.

“It’s crazy how much people just, you know, appreciate it,” he said.

The KOB 4 Pay it 4ward crew placed a large order at Fat T’s to feed the volunteers at Ten-82.

“1082 is the local Albuquerque metro area police ten code for officer in need of assistance, so when we’re on a call and we need another officer to back us up, we’ll ask dispatch for 82 or 1082,” said Ryan Tafoya, president of Ten-82.

The organization provides back up in the form of co-pays, purchasing prosthetics, or other bills an officer might fall behind on due to medical reasons.

“Our insurance is very good, but it doesn’t cover everything such as experimental treatments or co-pays for cancer treatments are extremely expensive,” Tayofa said.

Tafoya said the pandemic has had a serious impact on Ten-82’s funding.

“We usually donate between 5 and 10 thousand per month,” he said.

Instead of hosting events like 5K runs or poker nights, Ten-82 has been forced to rely on online donations or checks.

“Our sole income is through fundraising,” Tafoya said.

In the meantime, the nonprofit continues doing what it can for the first responder community. 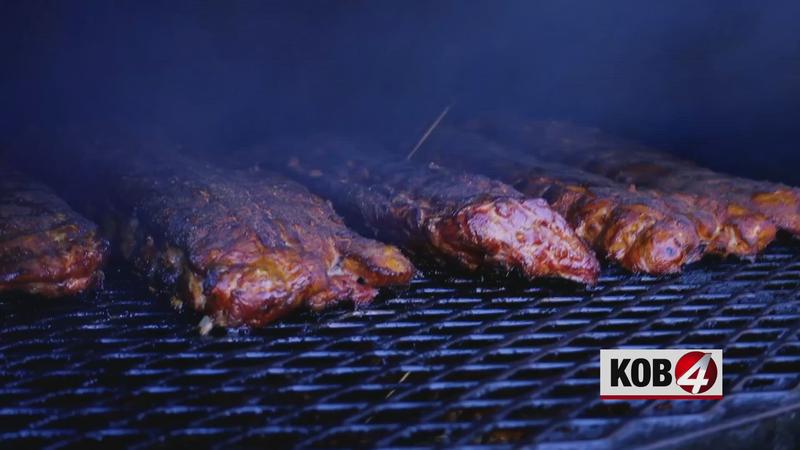