Fatal hit-and-run in Clovis under investigation

At around 8:46 p.m., Clovis Police Department Dispatch received an emergency phone call about a person who, at the 2900 block of Thornton Street, was hit by a motor vehicle that had fled the scene.

Officers were dispatched to the location. During this, Clovis fire and ambulance crews – traveling south on Thornton en route to an unrelated call – came upon a dead person at the location identified by the caller.

The person was identified as Martha Castillo, 68, of Clovis.

The Clovis Police Department Major Crash Team was activated to investigate the crash. Police believe a truck was involved in the hit-and-run crash. 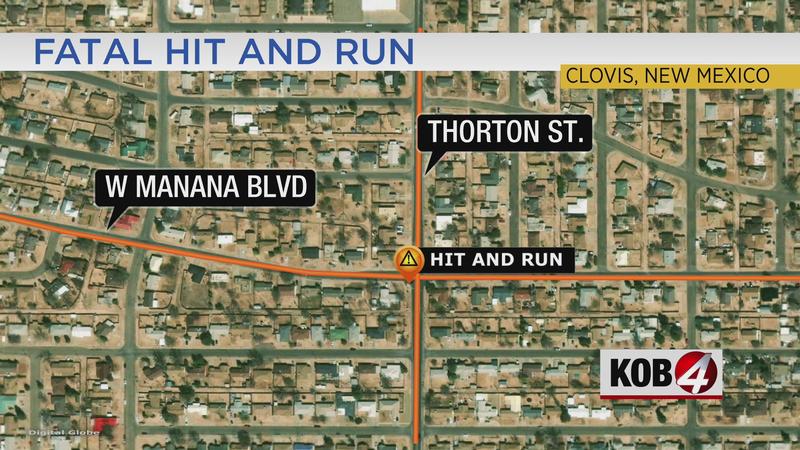 If you have any information regarding the vehicle and its driver involved in the crash, contact Clovis Police Department by submitting a tip through their Facebook page or texting ‘CLOVISPD’ and the tip to 847411. You can also contact Crime Stoppers at 575-763-7000.