TRUTH OR CONSEQUENCES, N.M. – KOB 4 is learning more information about the death of a 5-year-old boy in T or C. His body was discovered in June in the Rio Grande.

The boys’ father, Shaquille Ferguson, is behind bars facing charges in his death. He’s expected in court this week.

On June 18, 5-year-old Shaquille Ferguson Jr. was reported missing by his grandmother, according to the New Mexico State Police. She told them she had not seen the young boy for two and a half weeks.

The grandmother told police she was at the Rio Grande with Shaquille Jr. and her son, Shaquille Sr. She told police both of them went to the river. But Shaquille Sr. later returned without his son. State police said Ferguson was reported missing before his body was discovered in June. 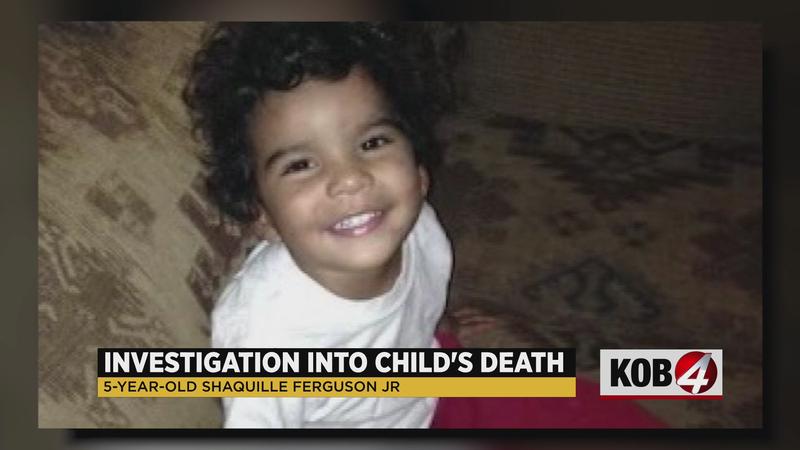 When questioned, Ferguson told police the boy left with other family members. Later, the story changed. Ferguson admitted to taking his son swimming, but he claims his son drowned.

He told police after his son drowned, he pulled his son’s body to the shore before just walking off.

Police arrested Shaquille Ferguson and charged him with two counts of child abuse, one resulting in death.

Ferguson maintains he did not hurt his son. But investigators say the story just doesn’t make sense.

Ferguson remains behind bars as the case against him moves forward.