NOTE: The video and account of events may be difficult to watch and read.

ALBUQUERQUE, N.M. – 24-year-old Jeremiah Anderson will stay behind bars ahead of his trial. He’s charged with abusing his own 11-month-old child.

On Friday, prosecutors played surveillance video of that abuse in court.

"The child at that time in September was only 11 months old. He was hitting him, punching him in the face, he was kicking him in his body, force feeding him water, throwing him on the ground by his neck, throwing him on the ground by his leg,” said Savannah Brandenburg, state prosecutor. "Something very concerning to the state is that, in these videos, he keeps telling the kid to stop crying, and also at some point he tells the child, while he’s punching him, to die."

The child is now safe with his mother.

Police say Anderson turned himself in after the videos were shared by dozens online. 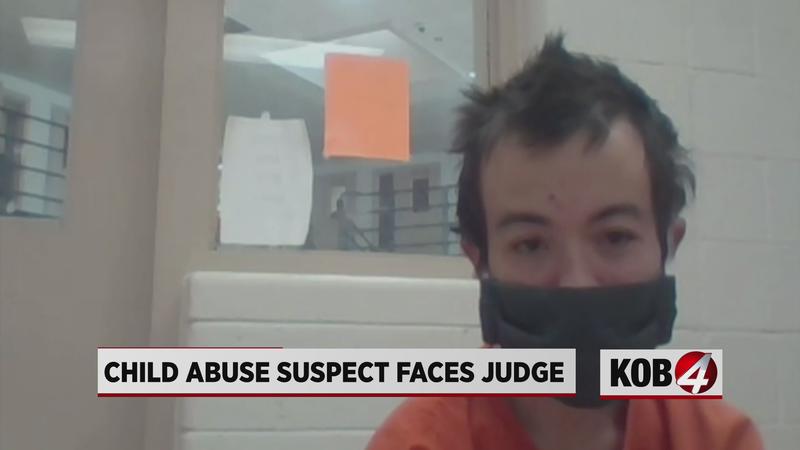 “He is unstable and has anger issues, he was upset that the child’s mother didn’t want him to have custody, and that he also admitted to doing this on a previous occasion, and that he would occasionally lose it,” said Brandenburg.

The state argued the surveillance video proves Anderson cannot control his behavior and should not be released from jail. Judge Clara Moran agreed.

"What is particularly chilling to the court in union with the videos in this case is the defendant’s own admission that he did this out of anger, and that was anger at the child’s mother. That level of irrational, targeted violence towards an innocent child gives the court great concern for danger to the community and the public at large," said Moran.

Anderson has an upcoming court date for another abuse case where he’s accused of attacking the child’s mother.

"He was violent, hitting the victim in this case in the head with a closed fist, strangulation, choking her, different things,” said Brandenburg.

That happened back in January of 2020. Anderson has two warrants in that case for not showing up to court. The state says he picked up an additional battery charge while that case was pending, with the same victim.