ALBUQUERQUE, N.M. — Father and son balloon pilots, Art and Johnny Hodges, had a very special day Tuesday – not just because they were flying special shapes – but because they got to fly together for the first time.

Art Flew “Duma the Cheetah” and Johnny piloted “Splash the Penguin” – both balloons owned by UK-based Exclusive Ballooning. While this was their first year flying at Balloon Fiesta, the Hodges are no strangers to balloons.

And Johnny started ballooning before he was able to drive.

“I’ve been flying since I was 14 when I got my students pilots license,” Johnny said. 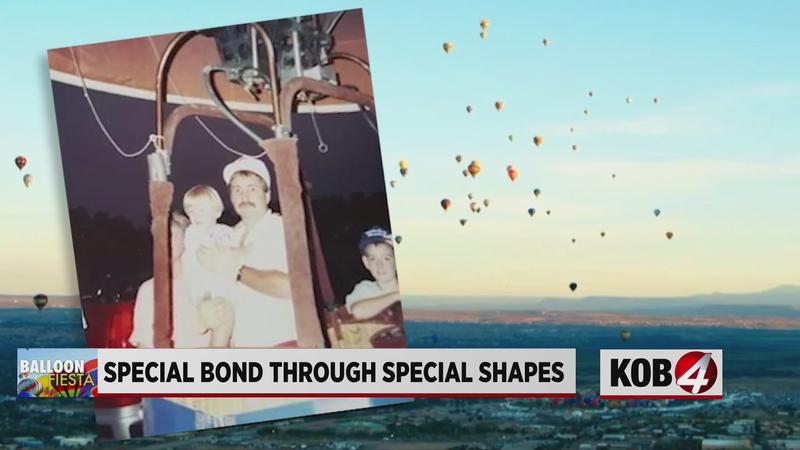 While they have flown together in the same basket hundreds of times, this was their first time taking off at Balloon Fiesta side by side.

“It’s extremely exciting and extremely emotional as well,” Johnny said, as he and his father began to lift off. “I can’t put it into words how exciting it is to be flying next to my dad. He’s my idol, someone I’ve looked up to, it’s… I just don’t know what else to say.”

As they fly over the Fiesta together in their penguin and cheetah balloons, they chat over the radio.

“Hey pop, what is your altitude?” Johnny asked into their walkie-talkie.

Thousands of feet in the air, they got to take a family portrait – two special shapes flying over the Duke City.

After about an hour of floating on the breeze, their tandem flight is about to end.

“Hey! You guys wanna catch me?” Johnny shouts down to fellow balloon pilots already landed in a field.

Johnny and his father landed in separate fields a few blocks apart.

“I’m emotional too, it’s a great feeling and [Johnny’s] really been into it since I got out of ballooning,” Art said, choking back the tears in his eyes. “Ballooning is so great and there is nothing like sharing it with people especially when you get to share it with your family, this is unique.”