Father to Juan Saucedo Jr. linked to past violence

ALBUQUERQUE, N.M. – The father of Juan Saucedo Jr. has been connected to two other violent incidents, one that left a woman with a broken back and the other left a man with a bullet in his leg.

Alex Placencio said he got shot in the leg and hand by Juan Saucedo Sr. — while picking up his son from Highland High School.

No one was officially charged, and all that came of that incident was a temporary restraining order.

"This is what I thought is, if somebody else gets shot by that gun, I have this bullet to show ballistics," said Placencio.

He said it’s hard for him to process the fact that he could’ve used the same weapon, and that Juan Saucedo Jr. could be following in his father’s violent footsteps.

According to court documents, Juan Saucedo Sr. and other family members were also involved in an incident at an elementary school in 2015.

Documents outline a civil suit brought on by a woman who claims the Saucedos repeatedly kicked her during a Thanksgiving lunch, leaving her with a broken back.

"Given the father’s history, our detectives are looking at every factor that may have contributed to Friday’s tragic shooting. It is not acceptable that a child had access to a gun and took it to school."

Placencio agreed, saying he wants to do his part.

"The reason I have this still is, because who knows, it could be the same gun that killed this kid. You know. And I hope it helps out,” he said. 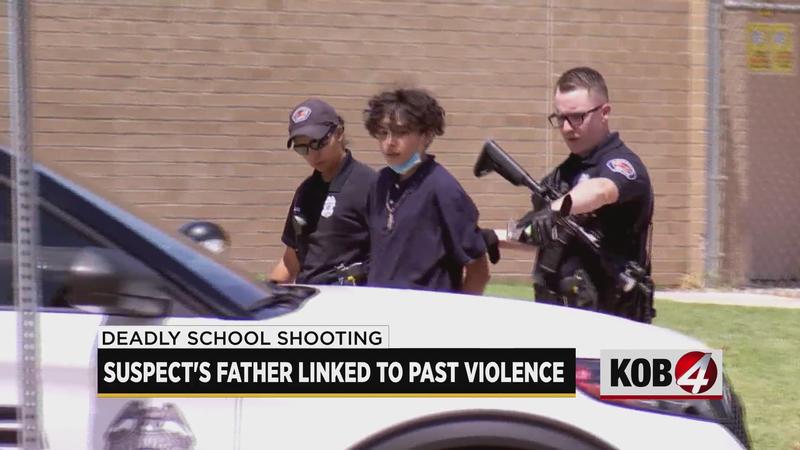