ALBUQUERQUE – The City of Albuquerque and APD is partnering with the FBI to combat a rise in hate crimes reported in 2020.

"The FBI investigates hundreds of these cases across the country every year, yet hate crimes are often underreported to both federal and local law enforcement partners," Raul Bujanda, the Albuquerque FBI Field Office’s special agent in charge, said. "The reason might include distrust in law enforcement, or perhaps a victim isn’t sure what a hate crime is, or how they report it."

Three city buses will start circulating throughout the metro, carrying messages that say to "speak up, be heard" and "stop the hate." They also include a link to the FBI’s website, where victims or witnesses can make a report.

Officials also clarified what constitutes as a hate crime.

"In the simplest form, a federal hate crime involves physical harm, threat or intimidation based on a bias toward an individual or group because of race, religion, ethnicity, gender or gender-identity or sexual orientation," Bujanda said. 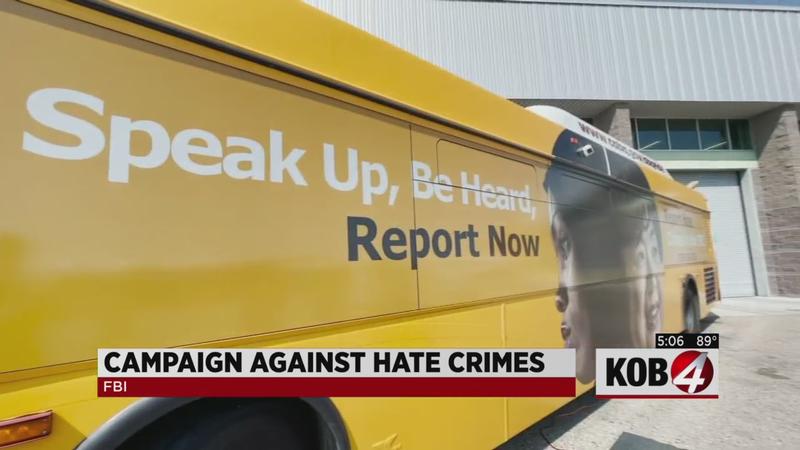 The FBI also gave updates on two recent hate crimes in New Mexico. The first was reported by a Jewish family living in Mountainair who said they found a burned cross in their yard in August. Bujanda said they’re looking for who is responsible.

The FBI is also looking into another incident reported this week by a man in Santa Fe. He said a person spray-painted a swastika on the wall outside of his apartment.