ALBUQUERQUE, N.M. – The FBI and APD are looking for an unidentified man who robbed a bank inside a NE Albuquerque Walmart on Tuesday.

The robbery occurred at the First Convenienc Bank, at 2266 Wyoming Blvd. NE, shortly before 6 p.m.

The suspect is described as a Hispanic male in his 30s-to-40s, around six-feet or six-feet-two-inches-tall and weighing around 180-to-200 lbs.

The suspect approached tellers, showed them a handgun in his waistband and demanded money. 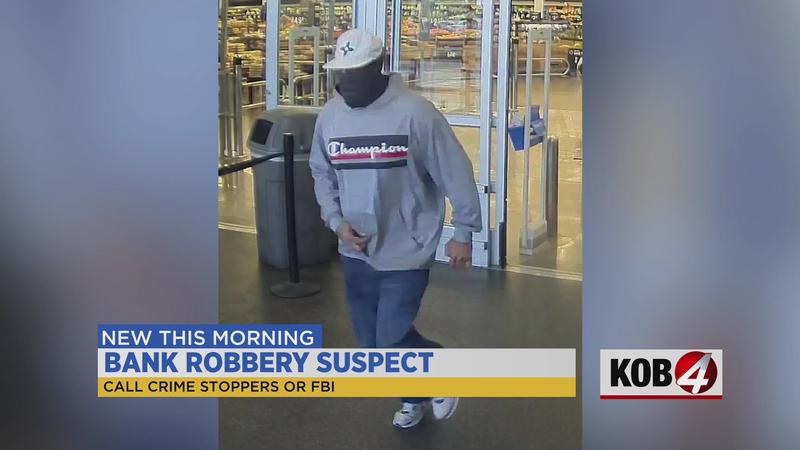 A teller handed over an undisclosed amount of money to the suspect who left the bank.

Tips can also be submitted online at tips.fbi.gov.