FBI: Bank robberies on the rise in Albuquerque

ALBUQUERQUE, N.M. — There have been 25 robberies and attempted robberies in Albuquerque this year, according to the FBI. Last year, Albuquerque did not have any bank robberies until April 7.

"No bank teller, no bank employee should have to go to work and expect to be threatened, sometimes to have guns pointed at them, to have notes passed to them, threatening them," Frank Fisher, FBI spokesperson, said.

KOB 4 spoke with the New Mexico Bankers Association in Albuquerque. They said they have been meeting to come up with some ideas on what they can do to stop the robberies or get the suspects caught soon after.

Meanwhile, for many of these robberies, the FBI is offering around $2,000 for information leading to an arrest and conviction. 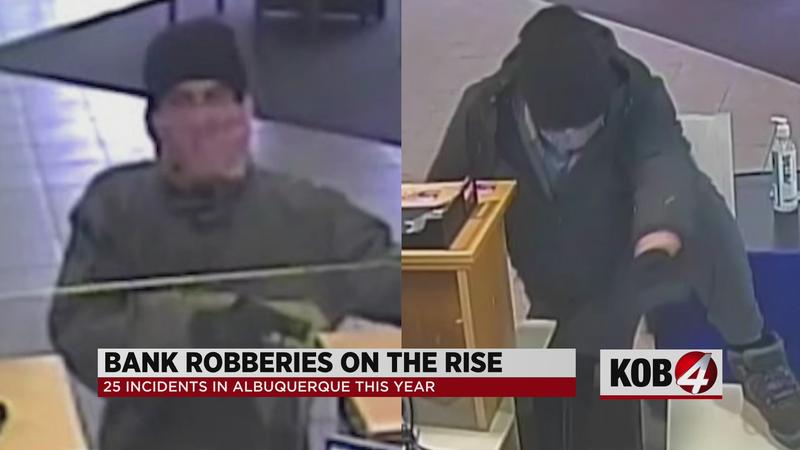 Tips can be submitted online here. Information about bank robbers wanted by the FBI can be found here.