FBI: Man killed in shootout with agent was local leader of Bloods gang

ALBUQUERQUE, N.M.- The FBI identified the man who died in Wednesday’s shootout with agents as Marquez Floyd.

According to his arrest warrant, the FBI believe he was the leader of a gang with ties to the Bloods.

The FBI, APD and the DEA had been monitoring Floyd for nearly two years.

According to the warrant, FBI agents say they discovered Floyd did most of his trafficking over Facebook and Snapchat. Agents were able to get multiple photos of guns and drugs they say he intended to sell from his social media accounts. They also pulled multiple online conversations they say show Floyd selling drugs and recruiting prostitutes.

Their investigation also lead them to what they are calling his gang’s stash house, a single-wide trailer surrounded by others– with a robust security and surveillance system. Agents say they saw multiple visitors throughout the day, including Floyd. 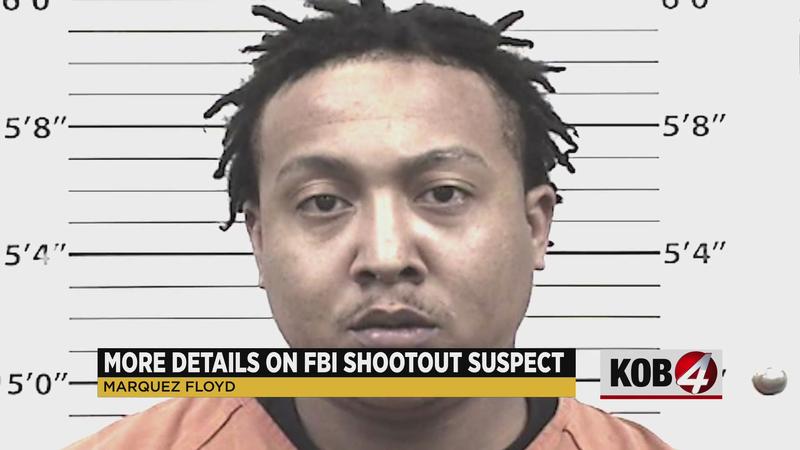 According to the warrant, the FBI was going to not only arrest Floyd, but to also seize multiple items from the stash house– including cell phones, computers, firearms and drugs to use as evidence against him.

KOB 4 was also able to take a deeper look into Floyd’s criminal history. It includes a guilty plea for an armed robbery and aggravated battery with deadly weapon in 2010. In 2009, he was also convicted of aggravated battery and resisting arrest. He also has misdemeanor convictions and other arrests noted in the warrant.

The FBI also suspected Floyd played a part in a high-profile murder of UNM baseball player Jackson Weller. According to the warrant, Floyd promoted the primary suspect in Weller’s murder case to a higher rank in the gang, which would give him “criminal bonafides while incarcerated.”

Weller’s murder is still being investigated.