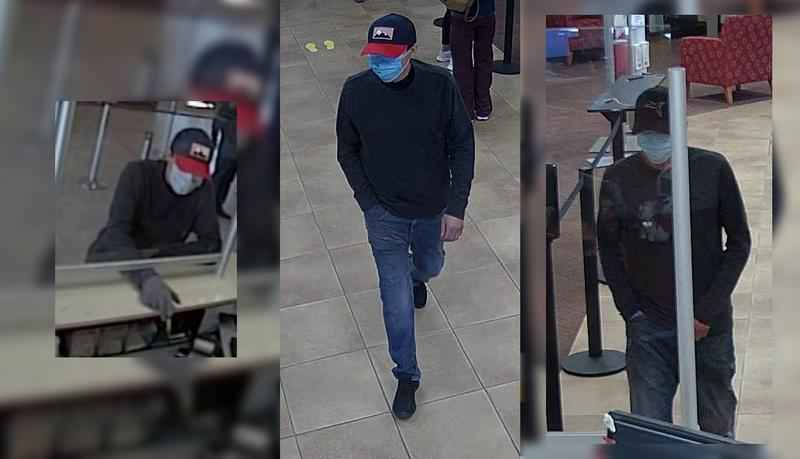 ALBUQUERQUE, N.M. — The FBI says a man is believed to have robbed two Wells Fargo bank branches in Albuquerque within about 15 minutes Monday.

The robber is also suspected of four other Albuquerque bank robberies in September and October, including an Oct. 15 robbery of the same Eubank Boulevard Wells Fargo bank branch they are accused of robbing Monday.

According to the FBI, the suspect is described as white, in his 30s, approximately 5-foot-9-inches tall and 160 pounds, with black hair and a thin build.

The FBI said he wore a blue sweater, a blue hat with a red brim and an image of a mountain on a gold background, a blue surgical mask, gray gloves, blue jeans and dark shoes.