ALBUQUERQUE, N.M. – The FBI is searching for a man accused of four bank robberies in northeast Albuquerque, dating back to Jan. 20.

The robberies occurred at banks all within about five miles of each other, including the Enterprise Bank and Trust – near I-25 and Pan American – which was most recently robbed Tuesday. The man reportedly gave a note to the teller and got away with some money.

In each robbery, the man was wearing a surgical mask while carrying out similar robberies as the Enterprise robbery. He is even accused of robbing the First Financial Credit Union, near San Mateo and Menaul, twice.

The FBI is also looking for a different man who robbed the Western Commerce Bank, near Wyoming and Indian School, Feb. 22. Authorities say the man gave a note to the teller and left with money. The suspect had a split on a finger on his right hand. 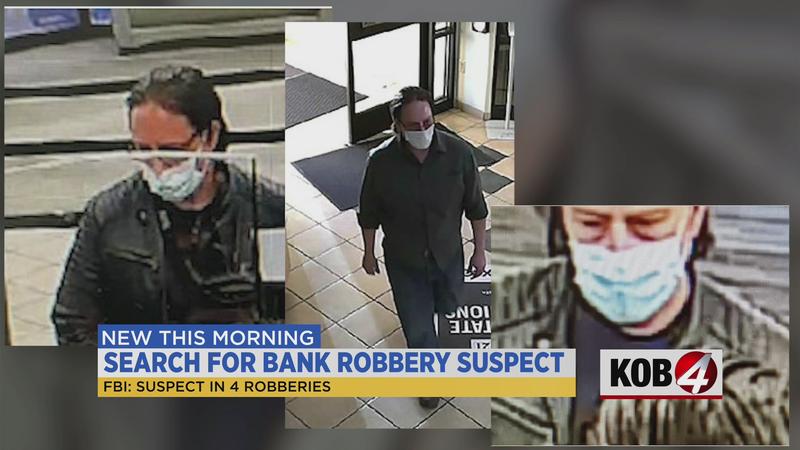