The robbery occurred at around 4:36 p.m. Wednesday in the First Financial Credit Union, at 831 Juan Tabo Blvd. NE. The suspect entered the bank, lifted his shirt to reveal a handgun in his waistband to the teller and demanded money.

The suspect, who may have also robbed Albuquerque’s First Convenience Bank last week, headed north on foot on Juan Tabo after leaving with an undisclosed amount of money.

He was wearing a white T-shirt over a blue long-sleeve shirt, blue jeans, a blue wrap-around mask, a red baseball cap with a blue front and white shoes. 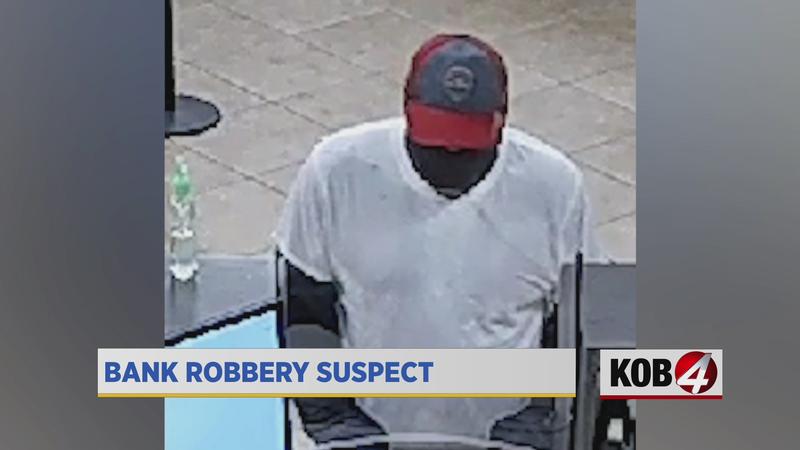 Anyone with information about the robberies is asked to contact the FBI either at tips.fbi.gov or at 505-889-1300. You can also contact Albuquerque Metro Crime Stoppers anonymously at 505-843-STOP.