ALBUQUERQUE, N.M. — There is a new Special Agent in Charge leading the FBI’s Albuquerque Field Office. He is Raul Bujanda.

SAC Bujanda has been with the FBI since 2002. Before that, he worked on immigration matters and with the Department of Justice. Now, he is leading the FBI in New Mexico.

Bujanda did not grow up dreaming of being in law enforcement. In fact, he took an assessment in elementary school that had him thinking about being an astronaut. He later became a math teacher after earning a mathematics degree from the University of Texas.

"I knew that I wanted to be something and someone but I just didn’t know exactly what that was going to be," Bujanda explained. "There was never kind of a linear path to get me to this role. It was just something that I kind of pursued based on my strengths. And, you know, like everything else we always have that great person in our life that kind of points us in the right directions. To me, that was my wife and my wife said, This is great teaching is fantastic. Unfortunately back then and I would say even to this day, teachers are unappreciated as far as financially." 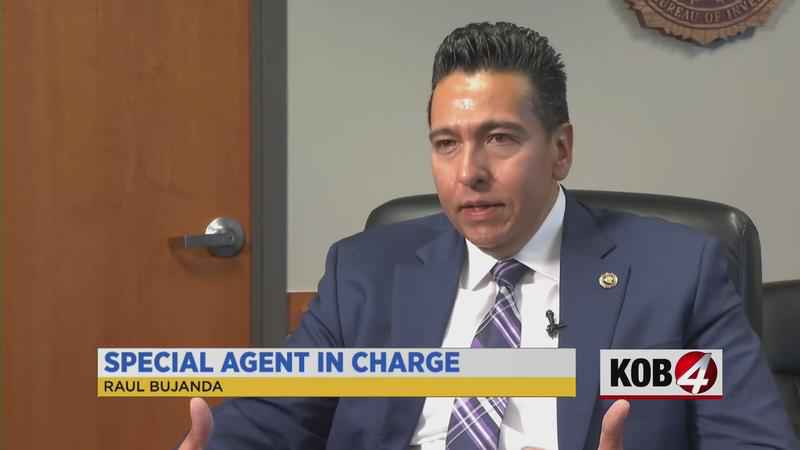 Bujanda looked at different opportunities and eventually became a special agent working in immigration. During his career, he worked in Texas, California, Arizona and now New Mexico.

The goal is to encourage constant conversation between the FBI and community members so they can address concerns that come up. The department is also pushing to bring more attention to hate crimes, encouraging people to make reports.