The win was the first for the Texans (1-1) in just their second game at the FCS level following 26 years in Division II.

On the first play following the opening kickoff, Burston took the shotgun snap, ran to his left and sprinted 70 yards untouched to the end zone for a 7-0 lead.

Tarleton forced New Mexico State to punt after the Aggies’ initial 6-play, 20-yard drive. Instead of using his legs, this time, Burston threw an 86-yard scoring strike to Gabe Douglas, running down the right sideline, for a 14-0 advantage.

On the ensuing kickoff, Juwan Price took the ball at his own 6-yard line, broke to the right and sprinted untouched 94-yards to reduce New Mexico State’s deficit to 14-7. 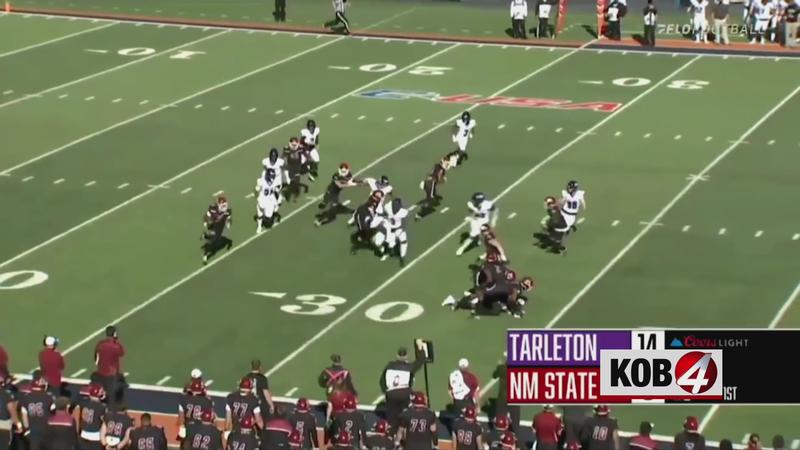 Still in the first quarter, the Texans’ defense recorded a safety on a botched pitch by New Mexico State quarterback Jonah Johnson in which an Aggies running back fell on the ball in the end zone for a 16-7 advantage.

With 3:29 left in the first, the elusive Burston recorded his second-rushing touchdown on a 21-yard scamper in which he seemingly eluded the entire New Mexico State defense. He started his jaunt to the left before breaking back across the entire field and scoring in the far right corner of the end zone.

The Aggies’ Johnson finished 17-for-31 passing for 187 yards and a touchdown but was intercepted three times.