ALBUQUERQUE, NM— The Food and Drug Administration’s approval of Biogen’s IV treatment for Alzheimer’s, Aducanumab, is bringing hope to some advocates for families and caregivers of those with the disease.

"Alzheimer’s is a devastating disease. It impacts 6.2 million people across the country. In New Mexico, Alzheimer’s disease is on the rise. There’s about 45,000 people living with the disease today, and it’s expected to rise to about 53% by the year 2025,” said Brooks Kenny, the Executive Director for U.S. Against Alzheimer’s.

The treatment is not a cure, but it is said to slow down the progression of Alzheimer’s in people with early stages of the disease.

"The reason why this matters is because 60% of the cases of Alzheimer’s often go unrecognized, and once people do receive a diagnosis, that diagnosis comes in very late,” said Kenny.

The Executive Director for the Alzheimer’s Association of the New Mexico Chapter, Tim Sheahan, said he is excited for the treatment. 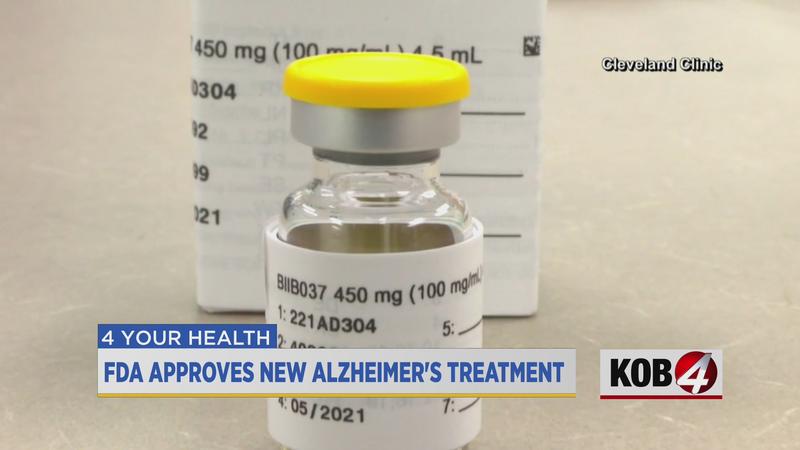 “For people that have been diagnosed early on, it can give them more quality time with their family and their caregivers. That’s what it’s all about right now,” said Sheahan.

The treatment comes with a hefty price tag of more than $50,000. "We’re fighting on a national level through Washington, DC and other things, so that we get equity to all. That’s one of the things we think about because it’s not a low cost medication,” said Sheahan.

It could be weeks before folks can get their hands on the treatment. In the meantime, Sheehan said people should reach out to their doctors if they’re interested in the drug.

It’s important to note, the drug is controversial. Some doctors do not agree with the FDA’s approval, saying they will not prescribe the treatment to patients.

Three members of the FDA’s advisory panel have resigned over the drug’s approval. Some members of the panel said there’s not enough evidence to prove the drug is safe and effective.