ALBUQUERQUE, N.M.- Wildfires burned more than 10 million acres across the country in 2020. This year, about 550,000 acres have burned, but that number is bound to increase through the year.

"Widespread drought conditions which are currently worse than they were at this time last year will soon lead to above average fire potential across many areas of the west,” said Director of Interior’s Office of Wildland Fire, Jeff Rupert.

They focused on everything from adequate personnel and equipment to forest management.

"We need to do a better job of treating our forests so reducing the hazardous build up that has occurred over decades,” said Secretary of Agriculture Tom Vilsack. 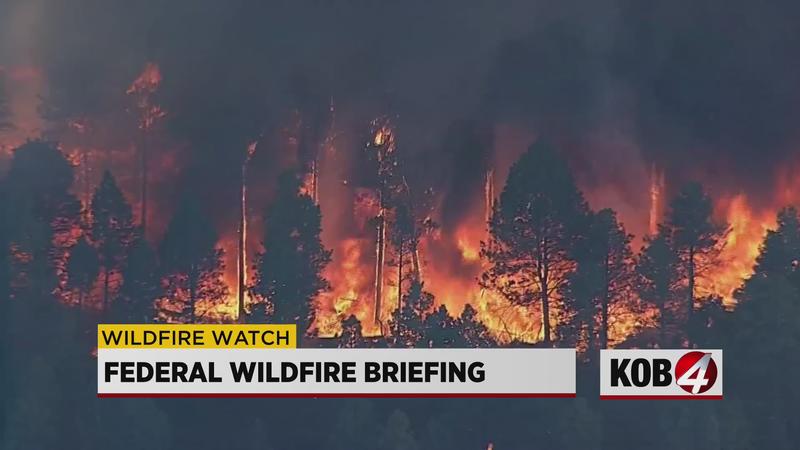 More than 15,000 firefighters will eventually be engaged in the effort. Tankers, helicopters, and engines are already being positioned where fire risks are the highest.

"Over 500 helicopters, 91 single engine air tankers, up to 34 large air tankers, over 1,600 engines and another 360 pieces of fire-fighting equipment such as dozers and water tankers,” said Vilsack.

Officials also discussed spending roughly $1,500 per acre for proper fire mitigation beforehand versus what it would cost to put out a fire on the same amount of land.

As the fire season continues to grow, new Interior Secretary Deb Haaland says this is not something to be ignored.

"We must remain steadfast in our commitment to wild land fire preparedness, mitigation and resilience."