‘Fiery Foods & BBQ’ set to spice up Albuquerque this weekend

ALBUQUERQUE, N.M. – This weekend, the Sandia Resort and Casino will be getting a little ‘Fiery’ as they will be hosting a show dedicated to spicy foods and barbecue.

The National Fiery Foods & BBQ Show will be taking place March 4-6 and will feature 170 exhibitors with more than 1,000 different products to taste and buy, cooking and barbecue demonstrations, food samples and a charity culinary competition.

The show originally took place at the Albuquerque Convention Center from 1988 to 2005 until it moved to the Sandia Resort and Casino in 2006.

Some of the vendors include the award-winning The Spicy Shark, Pucker Butt Pepper Company and the Texas Rib Rangers.

Pucker Butt says they are behind the Carolina Reaper sauce that was recognized by the Guinness Book of World Records as the hottest sauce in the world. Rib Rangers also claims to have the most award-winning barbecue sauce. 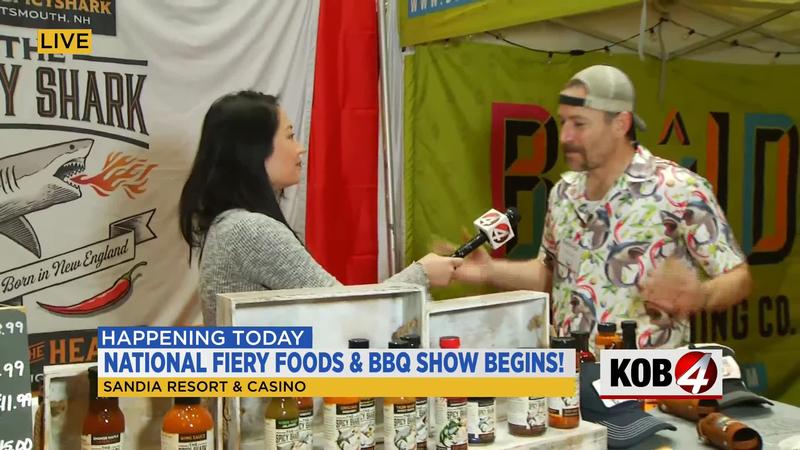 Joy Wang met with some of the sauce bosses Friday morning and tried some of their creations as she learned more about this weekend’s show.

Click the video above to view Joy’s visit to the show.