ALBUQUERQUE, N.M. – There was no Mass Ascension Saturday morning because of the weather, but that didn’t stop people from having a good time.

It was a bittersweet morning at Balloon Fiesta Park.

Organizers waved the yellow flag because of strong wind higher up in the sky, crushing a 7-day streak of picture-perfect launches.

"Eh you know it’s still amazing, this morning was spectacular at sunrise, and all the balloons being up at one time, and the planes flying over,” said Sam Currie, Oregon resident.

A lot of balloons still inflated for dawn patrol and put on quite the show for the thousands of visitors who got up early.

But for most folks — they didn’t even need the balloons to go up to have a good morning.

“Oh, and then we gotta mention the food. We’re hoping my husband comes back with those little donut things,” said Arciniega.

"I think just watching the kids and the families, the kind of the magical nature of the balloons and the environment overall. It’s pretty special,” Currie said.

But the Balloon Fiesta isn’t over yet, there’s still one more chance for another Mass Ascension.

"All of our balloons will be out in the morning, and if the winds allow us to fly, we’ll put on one last show,” said Sam Parks, director of operations for the Balloon Fiesta. 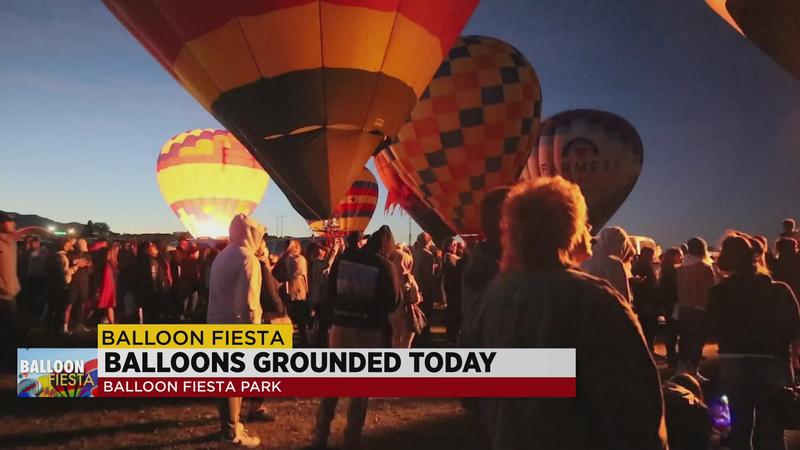