ALBUQUERQUE, N.M. – Albuquerque Fire Rescue is preparing for what could be a busy wildfire season with how dry and windy the state has been.

Each year, there are certain exercises AFR must do for their wildland firefighter training to ensure they’re ready to go for the season, including the pack test and the fire shelter deployment drill.

The fire shelter deployment drill is also required of firefighters and is necessary for them to know, in case something goes badly wrong and they need to shelter while responding to a fire.

These two drills are also a part of cadet training. At the end of April, AFR will be opening up another open enrollment for anyone who’s interested in becoming a firefighter or a wildland firefighter. 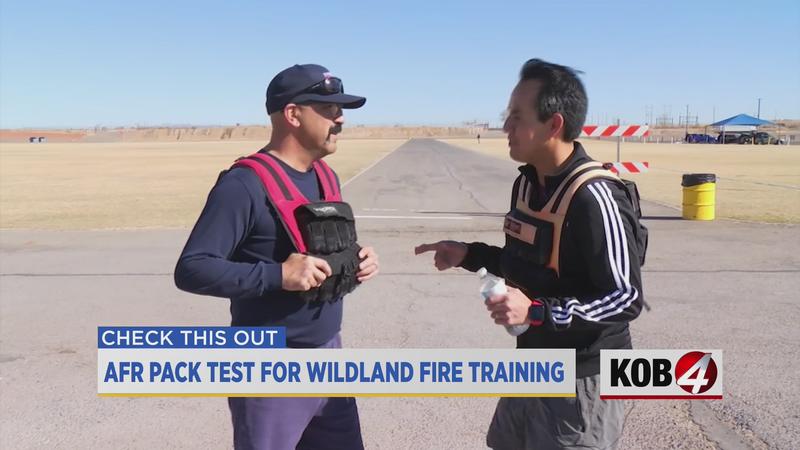 Colton Shone joined AFR Lts. Tom Ruiz and Joseph Kandel as they led AFR’s annual woodland training at Balloon Fiesta Park. Lt. Kandel assisted Colton during the training, including with the pack test he did alongside Lt. Ruiz. Colton did the pack test for the first time as Ruiz did the test for the 18th time.

Click the video above to view Colton’s woodland training adventures.