Since the pandemic began, Española Public Schools has served one million meals to kids in the Española Valley.

Thanksgiving is right around the corner, but right now thousands of New Mexico students are wondering where their next meal is going to come from.

A survey from the 21st Century Program highlighted that need in Española.

“A lot of them said that they were hungry and they needed food,” said Holly Martinez, 21st Century Program coordinator.

Lujan Grisham put on an apron and hairnet Tuesday to help assemble meals for EPS students.

They will go to out to more than 500 students in the dinner program, who will not be able to eat at school during the holiday break. Each will get enough food for three days.

"It may be the only meal some of them will get,” said Mya Salazar EPS Food Service director.

EPS has helped serve close to a million meals throughout the area, since the beginning of the pandemic.

When schools shut down, they opened their services to all children from 1-18 years old.

While district officials prepare and deliver 1,500 meals for Thanksgiving, they are also planning ahead for Christmas break.

In addition to preparing meals, employees are also preparing a safe and comfortable environment for students, which is why the governor paid a visit today.

"These kids need us, they need you and I’m so proud of the work that you’re doing, and I’m so excited to participate today, and I don’t think most people know that it’s thousands of kids, it’s millions of meals when you put it all together,” said Lujan Grisham.

The governor also said local leaders are pooling money from the state and federal government to fight food insecurity across New Mexico. 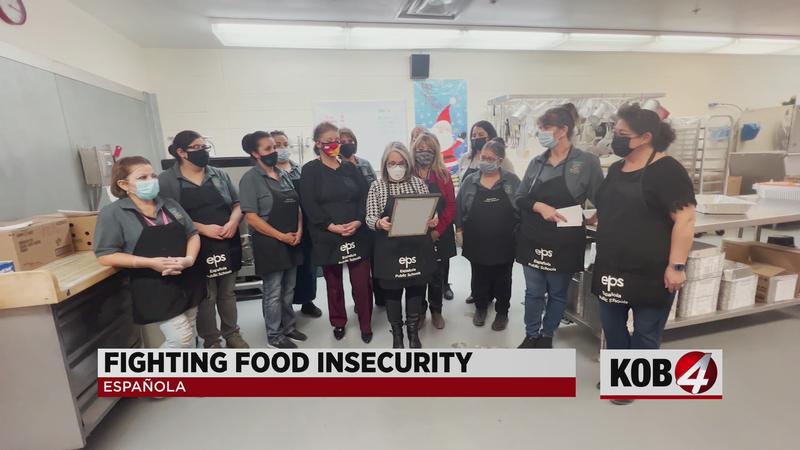