MORA COUNTY, N.M. – Fire crews are working around the clock to try and gain more ground on the largest wildfire burning in New Mexico.

The Calf Canyon and Hermits Peak fires burning in the Santa Fe National Forest combined over the weekend, and so far it has torched more than 61,000 acres. However, progress has been made.

On Wednesday, the state reopened Highway 518 between Mora and Las Vegas. While many people are taking advantage of the opening and returning to Mora and other evacuated areas, others back in Las Vegas are choosing to stay behind a little bit longer.

“I was excited, but I’m kind of scared, I don’t want to go home. It’s not a guarantee that the fires are not going to spread,” said Misty Graham, evacuee.

Other folks KOB 4 talked to at the evacuation shelter say this is déjà vu. They were allowed to go back to their home in Panderies only to be told to leave a few days later.

Now evacuation orders are still in place for many areas along 518, so if folks do choose to go back to check on their houses, it is at their own risk.

“Everybody keep all of us in your minds because we are all going through hard time, and we are a good community cause we are all sticking together right now,” said Graham. 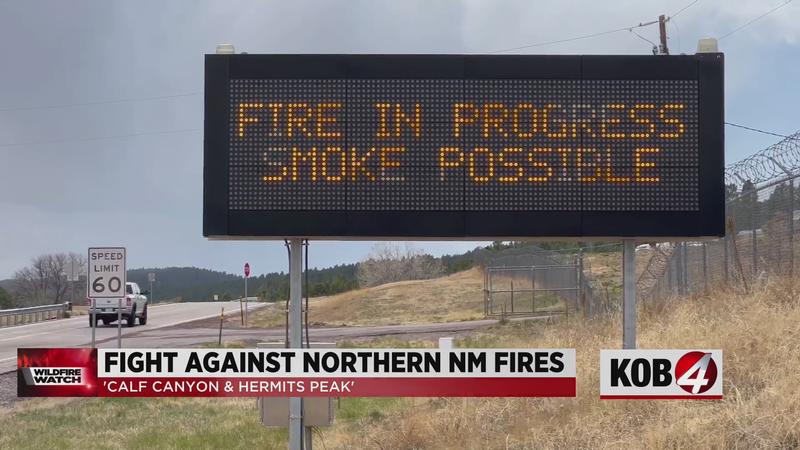