Fire officials say mulch was the cause of Paradise Loop Fire

ALBUQUERQUE, N.M. — Fire officials identified mulch as the cause of a wildfire that broke out in the East Mountains over the weekend.

The Paradise Loop Fire burned an estimated 52 acres, and came dangerously close to some houses southeast of Edgewood.

"It was probably unintentional at this point. It was not an illegal burn as was first reported,” said Torrance County Fire Chief Donald Dirks.

A state fire investigator said the fire was likely agriculture-related.

"Possibly caused by some organic farming believe it or not,” Dirks said.

Heat from the sun and the right amount of wind caused the pile of mulch to spark the 50-acre fire.

"We are in an extreme drought at this point, and we are considering some stricter fire restrictions in the near future,” he said.

Dirks said they’ve seen more than a dozen small grass fires in the past month, and that they’re only increasing in frequency.

"We’re 99% volunteers here, and they have been super busy covering this,” he said.

East Mountains resident Brett Burton played a role in holding off the wildfire front with a garden hose before local volunteer firefighters arrived. He said their work does not go unappreciated.

"The volunteer fire company of Edgewood and Moriarty showed up they were young, young kids. But, man, you know, heroes. Those are the heroes,” Burton said. “Those are the guys that volunteered to do something like that." 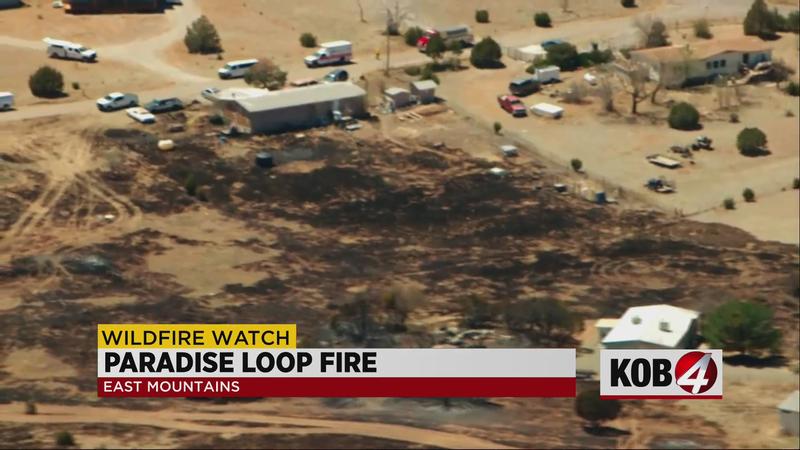