Meteorologist Brett Luna is taking a look at what seems to be an early start to the fire danger and what more we could be in for.

"Generally speaking we have a little more snowpack in the mountains that kind of keeps things down for later in the month of April into early May," said Andrew Church, National Weather Service meteorologist.

This year, New Mexico started melting that snow off early. There was also a lot of strong wind and dry air moving in from the west and that dried out fuels like trees, grass and different brushes.

"And when strong wind blows when it’s dry there’s lots of oxygen for the fire to make use of," said Church.

In conditions like this, anytime there’s a spark, a fire can start and the winds will just fan the flames. Fire danger will remain high for the next several days, but especially Friday.

Meanwhile, the state just got through a second La Niña in a row and could be headed for a third, so long-term relief doesn’t appear likely anytime soon. Snowpack likely won’t get up to average or above average this winter.

New Mexico is pretty much caught up in the middle of what’s called a megadrought.

However, as far as this monsoon season goes statistically, there could be some good news.

"The one good thing to mention though is that we typically over the last 20 years or so during La Niña’s have had relatively robust monsoon seasons, so we hope it’s similar to last year’s monsoon," said Church.

Last year, some areas broke all-time monsoon records. But as the state is head towards a potential third La Niña in a row, we could be looking at a similar scenario setting up this time next spring. 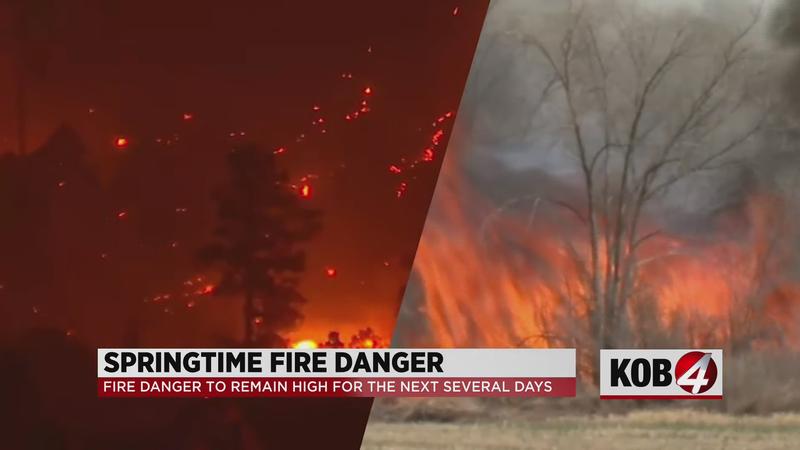