Firefighters asking for donations to help people in need

ALBUQUERQUE, N.M.- The Albuquerque Area Random Acts organization is facing a tough year, and is looking for help.

It was formed, so firefighters could give back to their community through random acts of kindness.

“When we respond to a call for service, a lot of times we are able to identify other needs. That are not related to the emergency that we’re responding to,” said Maria D’Angelo, Director of Random Acts.

Maria D’Angelo and Jake Gray are with the organization, and have helped on multiple of projects.

“It’s a way to not only serve them but combat those negative effects those calls have on people,” said Gray. 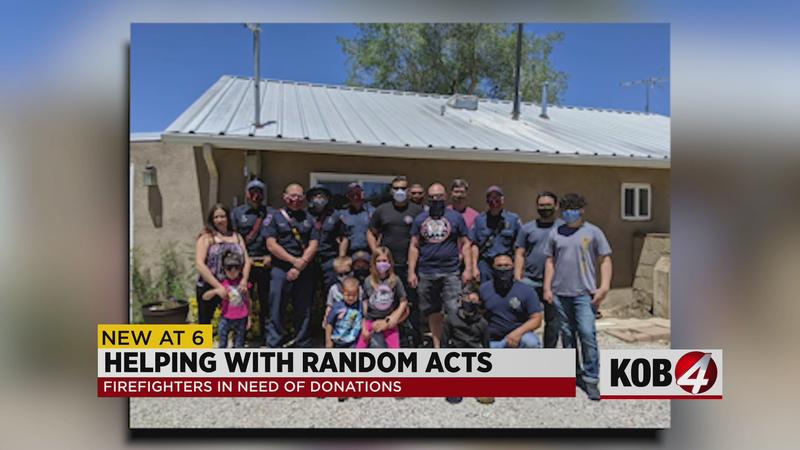 This time, Random Acts is in need, and they need donations to keep those projects going.

“This past year has been rough for everybody, and we’ve had some big events in the past that are not happening anymore,” said D’Angelo.

Most recently they helped a family whose home burned down, and they helped to completely renovate and rebuild it.

"The most recent project, we had Hunter Brower Lumber donate thousands of dollars for building of building materials. Summit Electric as well donating almost 5,000 in electric supplies, to do that project, so it’s definitely a community effort,” said Gray.

From July 12 to Aug. 12 they are asking for children books and balls, the Rio Rancho area stations will be accepting donations.

Those will eventually go to low income schools.