MORIARTY, N.M.-Firework vendors are seeing an increase in fireworks sales compared to last year, as the state reopens to 100%.

"We opened at 10 am, and we had people waiting for us to open. I think our first sale was a few minutes before 10 because there were already so many people ready. It’s been a busy morning already,” said Jason Dickenson, manager at Moriarty TNT firework tent.

In anticipation of the Fourth of July fireworks, the Albuquerque Fire Department posted a video to Facebook.

"Please use legal fireworks responsibly, just because they are legal doesn’t mean they can’t start devastating fires, the Fourth of July is one of the busiest times of the year for AFR. Last year on the Fourth of July we had over 370 calls for service and 11 structure fires,” said Battalion Chief, Emily Kane.

Fire officials said to be cautious and when dealing with fireworks, have water in hand, use them on paved or barren areas and always supervise. 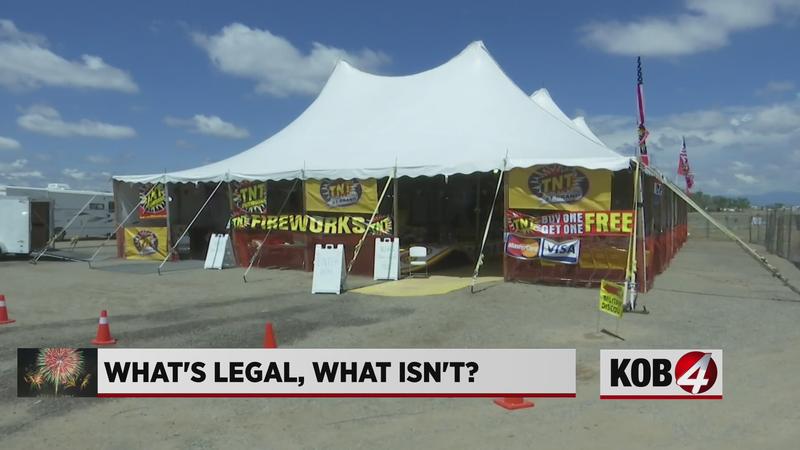 Firework vendors will be open the rest of the weekend.