DURANGO, C.O.-Durango canceled their fireworks display again this year, and fire is to blame.

“We’ve been watching and monitoring how the drought has progressed and how the fire conditions look like, and things like that. And we have spoken with the city about our concerns that things were going to be too dry, and that we’re going to have significant hazards associated with regards of doing the fireworks display," said Hal Doughty, fire chief with Durango Fire Protection District.

La Plata County is currently under stage one fire restrictions which prohibits open burning and the use of fireworks unless authorized by a fire chief.

Fire officials in Durango say that they don’t want to risk it, especially after recent events.

“We had a lightning burst last week causing 19 fires. They were small and kind of in the same 10-minute storm that blew through,” said Doughty. 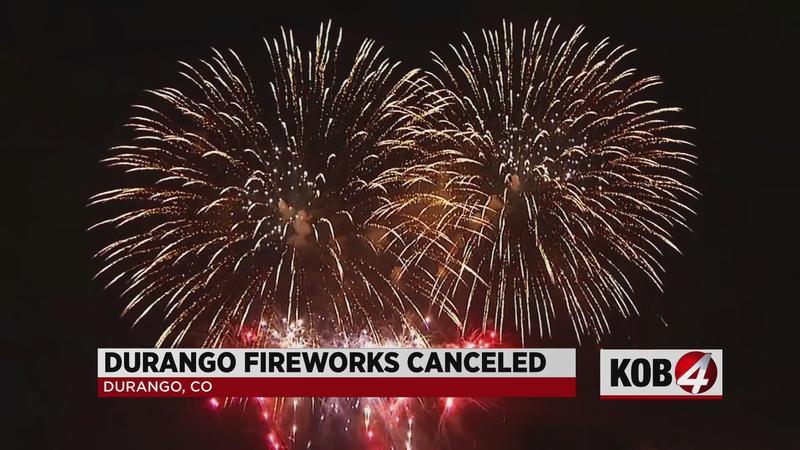 Farmington will still have fireworks displays on July 3 and certain fireworks are already being sold.

But fire officials want to make it clear those fireworks are not allowed in Durango.

“People can expect to be prosecuted if they get caught with those or if they certainly caused a fire with fireworks that they purchased in New Mexico," Doughty added.

Even though fireworks won’t be a part of the plan this year, there will be other ways to celebrate the holiday.

The City of Durango will be putting on some fourth of July events this year like a concert, a picnic, and other events.