The Afghan village that has been built as a temporary safe haven on the Holloman Air Force Base near Alamogordo is a first of its kind.

During a tour, KOB 4 spoke with several different military members who are very proud of the work they have done – with no playbook – to get this village operational.

Currently, at Holloman Air Force Base, there is a new kind of leader.

"So in the Muslim word, there’s an Imam. The word itself means leader,” said Lieutenant Saleha Jabeen.

Jabeen is a Chaplin for the U.S. Air Force or as she says:

"In Arabic, the word is Imam for men and women. But, Imama is only for women. So, I’m going to take whatever is more specific for me."

Similar to the Afghan refugees in New Mexico, she came to America for a better future. She was an international student for a decade.

"That’s when I knew America is home. I’m going to do whatever it takes to be a citizen,” Jabeen said.

She joined the military, and now she is the first and only Imam in the entire U.S. Department of Defense.

"At the end of the day, when I think about keeping all the pressure aside, negativity, or self-doubt and everything. My whole life has been the way my mom teaches us, is: this is how God rules it for you and this is where I’m supposed to be at."

She was called in to be a cultural advisor at Holloman.

"A lot of times I feel like I don’t fit in, English is not my first language, I’m the oddball out. But, guess what? It is because of those things, I am able to serve better. I am – I am a bridge between two of these different communities."

She said she sees growth in the people she helps.

"Just seeing, women, kids and even older women realize what their power is. And they can actually dream. Dreaming doesn’t happen – if you ask me to dream, it’s not going to happen. Dream happens from inside. You want to be able to let go – if you’re not comfortable and don’t feel safe, you won’t let go,” Jabeen said.

“And young girls dreaming to be in the military and pointing out security forces and saying ‘this is how I want to be,’ that’s pretty solid. And you get to do that every single day – I think, I wouldn’t have it any other way." 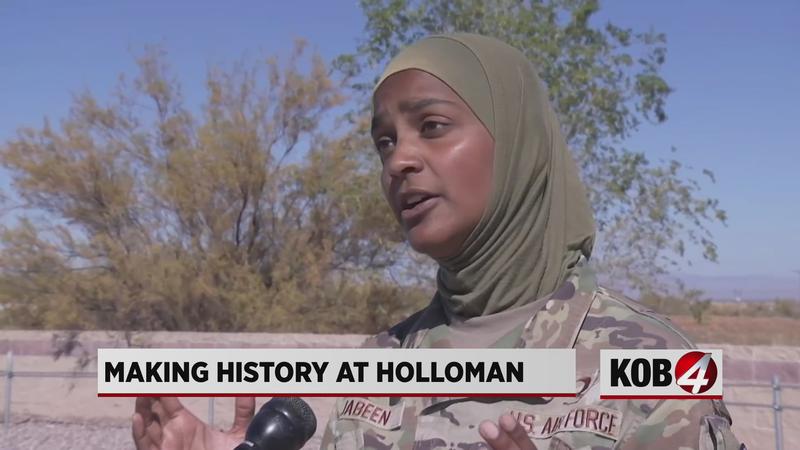