ALBUQUERQUE, N.M. – The trial of Izaiah Garcia continued Thursday with the defendant’s friends taking the stand to testify.

Jury members heard from several of Garcia’s friends and acquaintances on the first full day of testimony.

“We were really close, he was one of my really good friends,” said Gabriel Marquez, a friend of Garcia’s.

Prosecutors said Christian Mattock was the person Garcia intended to kill the night of a homecoming party in Sept. 2019. This was after Mattock allegedly pistol-whipped Garcia a year before the party.

"How many times did Izaiah tell you that he hated Christian Mattock?” prosecutors asked Garcia during the trial. 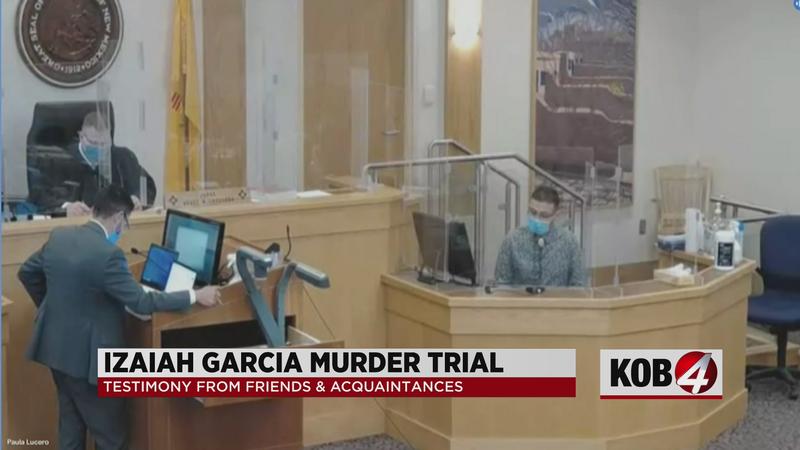 The defense team had time to pick apart the prosecutor’s case as well.

"Mr. Garcia told you he wasn’t the one that shot Sean Markey, he told you that, he said it was somebody else, it was one of these other shooters, right?” asked the defense.

The trial is expected to last through next week.