“We’re fixing the rest of them up. We’re going have a 350 foot home run fence, we’re going to have 150 fans per field and most importantly with a modernized concept. It’s just going to be tournament ready and friendly,” said Albuquerque Mayor Tim Keller.

The city has been working for years now on plans to make the park a center for sports tourism.

“Originally, when Los Altos was built, it was a magnet for tournaments, food, and tourism, especially regional N.M. tourism,” said Keller. 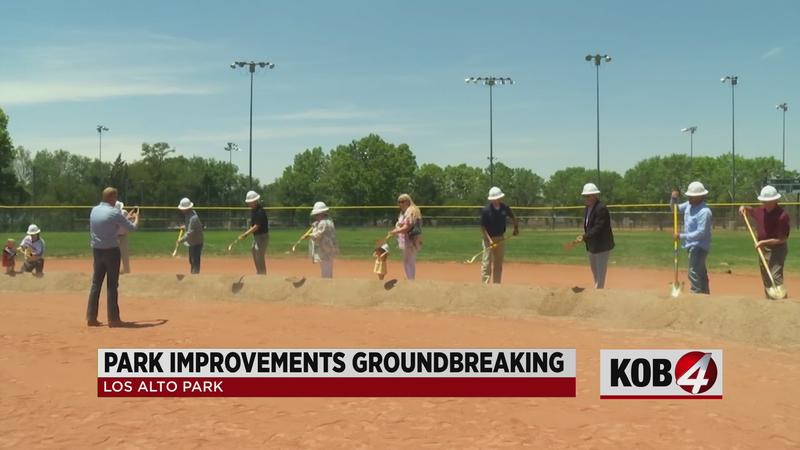 Increase in play space will be a big deal for softball clubs.

“A fifth field is going to enhance the capacity to the point where we can add more teams to leagues, play more games, and obviously support and host tournaments here that will bring tourism money to our city,” said Dave Simon, Director of Parks and Recreation.

Phase one also includes a new community building with restrooms and concession space.

The second phase that will include a BMX pump track, a dog park and more is being designed.

In addition to the new facilities, increasing safety after the park is a priority for the city. Two full-time security guards on patrol.

‘They’ll have quick access to all areas of the park by an electric golf cart, and the city, and this is important that we all have to believe in this because it’s true, the city protects its investments, and all of the people who enjoy them," said City Councilor Diane Gibson.

Construction on phase one is expected to be finished next summer.